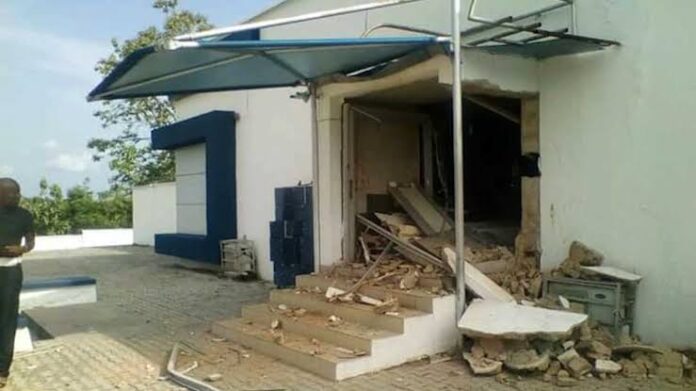 The Ondo State Police Command has confirmed that three persons were killed in after robbers attacked a bank at Ilara Mokin, Ifedore local government area of the state.

According to the police, among the dead were a policeman, a commercial motorcyclist and a staff of the Elizade University identified as Bunmi Afuye.

The spokesman for Ondo Police Command, Tee-Leo Ikoro, disclosed this after he paid an on-the-spot assessment of the scene, adding that investigation has commenced into the incident.

Three other persons, who were said to have been hit by strayed bullets, were rushed to a hospital.

According to an eye witnesses, the robbers carted away some money, adding that they gained access into the bank by destroying the bullet-proof door with dynamites.

Nigeria’s Unity Is On Trial, CAN Says, Wonders Why Brutal Force...

Police Warn Against Planned Protest Over ‘ill-Conceived Perception of Insecurity’ in...