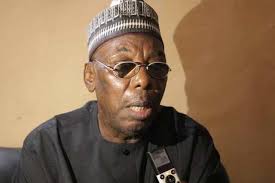 Tragic struck on Friday as a member of the National Assembly from Plateau State, Haruna Maitala died as a result of a car crash on the Abuja-Jos Road.

The lawmaker, who represented North/Bassa federal constituency in the House of Representatives, died at the Federal Medical Centre in Keffi, Nasarawa State.

Confirming the development, the lawmaker’s media aide, Joseph Adudu, in a statement said: “This is to announce the death of Honourable Haruna Maitala which occurred yesterday, 2nd April, 2021 as a result of fatal car accident on his way to Jos from Abuja.

“Until his death, Haruna Maitala was the member representing Jos North/Bassa federal constituency in the National Assembly.

“He would be buried this (Saturday) morning according to Islamic rites.

“May God forgive his sins and grants him Aljanna fidau.”