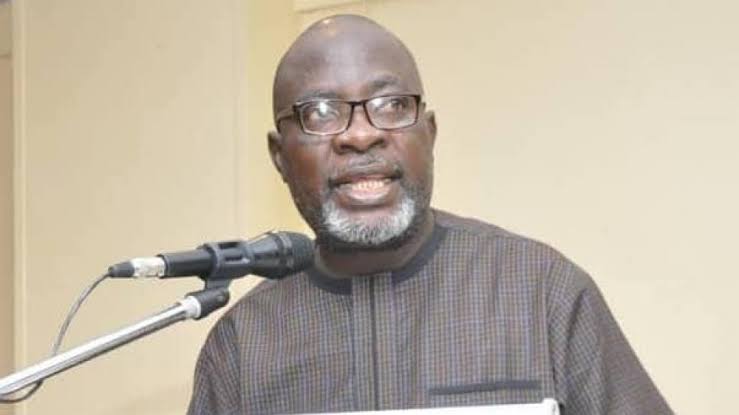 The Peoples Democratic Party (PDP) has called on the Department of State Services (DSS) to invite the Minister of Niger Delta Affairs, Senator Godswill Akpabio, for questioning.

According to the party in a statement by its spokesman, Kola Ologbondiyan on Friday, the DSS should ask Akpabio to “name politicians in the All Progressives Congress (APC) that are behind the acts of terrorism and banditry ravaging our nation.”

The PDP further said that “there is self-professed evidence that Senator Akpabio is privy to certain terrorism-related information which he must be made to share with the DSS as well as other security agencies.”

“Our party’s position is predicated on comments made by Senator Akpabio at the APC national secretariat in Abuja on Thursday that the acts of terrorism in our country are “politically motivated” and that they are the handiwork of infiltrators from neigbouring countries.

“It is instructive to state that Senator Akpabio’s revelation provides more insight into the alleged affiliation of APC leaders with terrorist elements, who had reportedly infiltrated our nation after being imported from neighboring countries by the APC, as political mercenaries, to assist it in unleashing violence to rig the 2019 general elections.

“The PDP invites Nigerians to note that the APC and its leaders have failed to account for these mercenaries and have remained silent despite widespread demands by Nigerians asking the APC to return these killers to wherever they brought them.

“Moreover, Senator Akpabio’s position also points to the shocking unmasking of a member of the @OfficialAPCNg led Federal Executive Council, the Minister of Communications and Digital Economy, Isa Pantami, as a terrorism apologist.

“It is quite revealing that despite Isa Pantami’s confession of being a terrorism apologist, the Muhammadu Buhari Presidency had granted him official cover, while the APC had continued in its conspiratorial silence in the face of escalated killings and occupation of parts of our nation by terrorists.

“Our party can also recall how the APC government, instead of going after the assailants, rather blamed the 43 rice farmers, who were last year beheaded by terrorists in Borno state, accusing them of not getting permission before going about their legitimate business in their country.

“Nigerians can also recall how some governors elected on the platform of the APC were seen having photo-ops with gun-wielding bandits in addition to their vehement opposition to PDP’s call on the Federal Government to impose a national emergency on security.

“The stance of the APC and its administration have continued to embolden terrorists to escalate their activities to the extent that our nation now ranks third in the world terrorism index.

“Now that Senator Akpabio has shown that he has certain information regarding the spur for escalated acts of terrorism in our country, our party urges the DSS and other security agencies to immediately invite him for questioning so as to expose the politicians in his party that are behind the ugly situation in our country”, the party said.

I Will Lead The Convoy To Beg Tinubu If APC Rejects...