Home Politricks Pantanmi, A Metaphor For All That’s Wrong With Buhari’s Administration 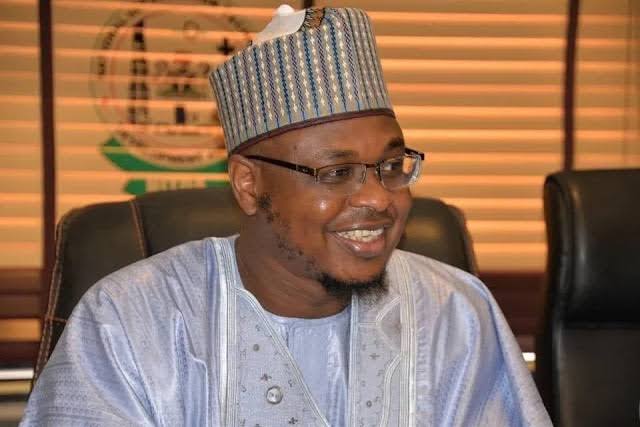 The Minister of Communications and Digital Economy, Isa Pantami has been under fire for the past one week over allegations of his romance and support for terrorism, terrorist groups and holding radical views that are at least, violent and non-tolerant for people of other religions.

Audio tapes of his sermons as a fiery Islamic preacher, in which he advanced thoughts and views, believed and adjudged to be potently dangerous for a man manning a sensitive ministry as that of communications and digital economy, charged with highly sensitive data of Nigerians, have surfaced lately.

And off course, Nigerians, from all walks of life have continued to call for his resignation or sack by President Muhammadu Buhari. But in what has become the trademark of the Buhari administration, the President and the Presidency could not be bothered to have acted or even make a comment till now on such a matter of national importance.

Issa Pantami, on his own, as many Nigerian elites and political leaders, especially of the current generation are known to do, blew hot and threatning legal action against the media houses that blew the lead over his alleged dangerous deliance with terrorists and terrorism groups, even after one of such houses, for fear of a backlash, tendered an apology.

For Pantami, as long as he stayed in government and still have the ears of President Buhari, a president known to care less about the misdemeanours of his appointees, especially those of them that are in his good books or are bootlickers (though they are all bootlickers), nothing could happen to him. He however forgot the powers of the people and the ability of the media to appropriately unearth the past.

Humbled and obviously scared, Pantami changed gear, sensing that the situation is already getting out of control, with a possibilty that he may be consumed in the process, if he continued on that weather beaten road of bullying and at the same time, acting as an unfortunate victim.

Aside an ochestrated media campaign in his favour, Pantami, in a move that reminds Nigerians of the then General Muhammadu Buhari prior to the 2015 presidential election, told Nigerians that his driver and cook are both Christians. Who does that help? And how has that changed the fact that as a man, who held or still holding such dangerous radical views, he is not fit to occupy the curent sensitive position he is occupying?

Knowing that Nigerians do not buy the Christian driver and cook narrative, Pantanmi, on Saturday, regalled us with how he has renounced extremism, have matured and now preaching peace.

He said while answering questions during his daily Ramadan lecture at the Annor Mosque in Abuja on Saturday: “For 15 years, I have moved round the country while educating people about the dangers of terrorism. I have traveled to Katsina, Gombe, Borno, Kano states and Difa in Niger Republic to preach against terrorism.

“I have engaged those with Boko Haram ideologies in different places. I have been writing pamphlets in Hausa, English and Arabic. I have managed to bring back several young persons who have derailed from the right path.

“Some of the comments I made some years ago that are generating controversies now were based on my understanding of religious issues at the time, and I have changed several positions taken in the past based on new evidence and maturity.

With the above, Pantami believes all his worries would be a thing of the past. For him, a mere comment by him that he has since renounced his extreemist views is enough to assure Nigerians that their sensitive data is safe with him and those surrounding him.

The controversies surrounding the communication minister is not just about him but a pointer to a wider problem with the Muhammadu Buhari administration. It has clearly, once again, showed that this current administration either has a problem conducting thorough background checks on its appointees or does not care about who they are or what their views are.

In a more ideal society, even statements, carelessly made decades earlier can hurt the chances of a potential appointee, not to talk of holding dangerous views that are potentially inimical to the security of the nation and the world at large.

Even more disheartning is the fact that when such tainted pasts are exposed, the Buhari administration tend to look the other way, not caring what Nigerians think or what should ideally be done in such a situation.

It would be recalled that when the former Minister of Finance, Kemi Adeosun was enbroiled in NYSC exemption certificate fraud allegation, President Buhari and his government failed to act until the persistent call for her sack or resignation forced the then embattled minister to throw in the towel.

With the Adeosun saga, coupled with the refusal of the Senate to confirm the sacked acting Chairman of the Economic and Financial Crimes Commission (EFCC), Ibrahim Magu and calls for his sack, until allegations of corruption forced his exit, the Federal Government under Buhari has shown its penchant for disregard for the feelings and sensibilities of the populace.

The Pantami saga is however a more dangerous one, especially with the way Nigerians have expressed fear over the safety of their data being managed by a man who held or still holding such dangerous radical views.

Nigerians are however waiting for the manner of response the Buhari presidency will make or if it will as usual, remain recalcitrant, maintaining a silence that cannot be golden in any way!

Scamming The Court! Poly Dropout Repremanded In Prison For Presenting Himself As A Lawyer

Anambra Election And The ‘Beatification’ Of Nnamdi Kanu

You Can’t Question Or Blame God, Adeboye Speaks On Death Of...