Home Scoop Pantami Cries Out, Says Doctored Videos Against Him Coming Out 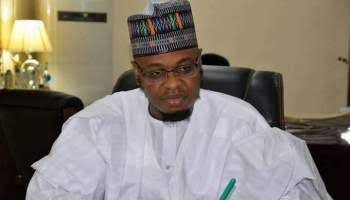 The Minister of Communications and Digital Economy, Isa Pantami, has raised the alarm about plans by some unnamed persons to release doctored videos aimed at doing damage to his image.

The embattled minister, who has been under pressure to resign over allegations of his support for terrorist groups, especially the Taliban and Al-Qaeda, and revelations of his past extremist views, raised the alarm in a statement on Monday by his media aide, Uwa Suleiman in Abuja.

According to him, the planned release of the videos is the next stage of the forces against him.

The statement reads: “We are in receipt of credible intelligence that the same forces, who have been championing a well-coordinated and richly funded campaign against Pantami, are now unto the next stage of their diabolic project.

“This time round, the forces of evil are shopping for willing partners as well as their usual avenues to release doctored videos purporting to show the minister in an alleged compromising condition as a way of creating injury on his image.

“We are least surprised by this recent move which is a clear intensification of their desperation, having failed in their assault on the personality of the minister, despite their previous efforts.”

According to the minister, the notice was to alert the public to the latest plan and to warn the perpetrators about the consequences of such action, adding that he would sit idly to see his reputation as a community leader, Islamic scholar and public servant being muddled in the mud by paid agents. He warned that there would be consequences.

Adekunle Gold Celebrates Wife, Simi On Her Birthday, Says She’s His ‘Angel From Above’

Stop It! Wike Asks Buhari To Stop Pushing His Responsibility To Governors

‘Some Process Are Still Ongoing’, Jonathan Says On Declaration For 2023