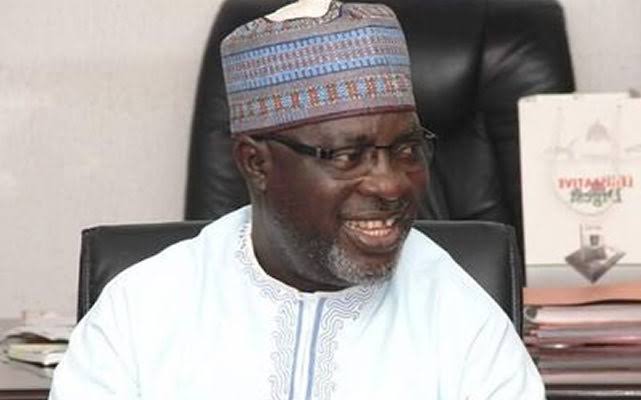 The Peoples Democratic Party (PDP) on Friday said the defense offered by the Presidency for embattled Minister of Communication and Digital Economy, Isa Pantami, has shown that it is Patronising terrorism in the country.

The opposition party was reacting to the response of the President Muhammadu Buhari’s administration to calls for the resignation or sack of the embattled minister over his alleged link to some terrorist groups, especially the Taliban and Al-Qaeda.

The party, in a statement by its National Publicity Secretary, Kola Ologbondiyan, said the regime’s statement which “shows a desperation to provide official cover to a terrorism apologist further confirms public and international apprehensions that the Buhari administration and the All Progressives Congress (APC) are patronising acts of terrorism in our country.”

The statement reads further: “Nigerians were traumatized that the Presidency could mount a hopeless defence and justification for the actions of the exposed Minister of Communication and Digital Economy, Isa Pantami, who had already confessed to supporting terrorist groups like Al-Qaeda and Taliban.

“It is instructive to note that this anti-people stance has heightened public anxiety that the Buhari Presidency is a haven for traitors who are providing support to acts of terrorist activities in our nation.

“Our party holds that this has further exposed why the Buhari Presidency has failed to decisively confront terrorism as well as why terrorists, bandits, kidnappers and insurgents are emboldened to ravage our nation and massacre our compatriots.

“It is inexcusable that the Buhari Presidency is showing grave insensitivity to the fact that thousands of Nigerians have been massacred, maimed and horrified, that hundreds of communities have been devastated and that our nation has been under siege because of the actions and public comments by individuals like Isa Pantami.

“Our party notes that if indeed the Buhari Presidency has not found itself entangled, the least it ought to have done in the face of allegations against Pantami was to reassure Nigerians by first relieving Isa Pantami of his office and hand him over to the appropriate agency for deradicalization.

“The PDP asserts that it is pertinent to point out that Isa Pantami had initially denied his support to terrorist groups and only admitted after he was overwhelmed by evidence: thus rubbishing the lame claims by the Buhari Presidency that the minister had turned a new leaf 20 years ago.

“The PDP holds that Isa Pantami belongs to the deradicalization centre and not in any way in the Federal Executive Council where he’s been alleged of compromising our national security as evinced in his initial denials.

“This is in addition to allegations in the public space that the exposed minister had been compromising our national data as well as the NIN registration exercise, wherein aliens and invaders from other countries were alleged to have been registered as our citizens. These are issues that our party insists must be investigated by the Department of State Services(DSS).

“As a party, the PDP charges President Muhammadu Buhari to reassure the citizens by immediately withdrawing the statement from his Presidency, relieve Isa Pantami of his position as minister and take a bold step to flush out terrorist apologists from the Presidency.”

Ganduje Confirms There Are Cracks In APC, Says It’s Not One Yet

It’s Our Turn! CAN Youth Wing Clamours For Christian President In 2023