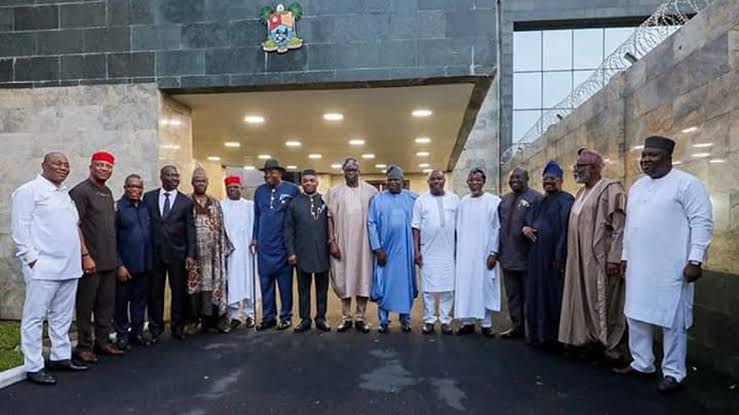 The Pan Niger Delta Forum (PANDEF) has hailed Governors of the Southern states of the country for their resolutions of on restructuring, state of insecurity, open grazing and others.

NaijaNewsNow reports that the governors met in Asaba, the Delta State capital on Tuesday to review the current state of the Nation especially as it concerns the rising state of insecurity, activities of herdsmen/open grazing, the 1999 constitution, Federal appointments, among other issues, with critical decisions taken.

PANDEF, while reacting to the outcome of the meeting in a statement in Port Harcourt, Rivers State on Wednesday by its National Publicity Secretary, Ken Robinson, praised the decisions of the governors, describing it as far reaching.

According to PANDEF, the gathering of the governors was fruitful and met it’s expectations.

The statement read in part: “PANDEF applauds the meeting of 17 southern governors, decisions on restructuring, insecurity, skewed federal appointments, open grazing among others.

“With the things going on in the country, we had expected them to meet before now but it is a good thing that they have met. It is a welcomed development.

“This would not only foster cooperation among the governors and people of the southern states but also strengthen the nation’s democracy.

“We have also seen the communique that they issued. It is very commendable.

“Their resolutions reemphasized our positions, particularly, on restructuring; open grazing, and the alarming state of insecurity.”