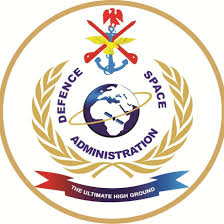 The Defence Space Administration (DSA) has lamented the paucity of funds the agency is facing in discharging its duties, revealing that it only collects N180 million as overhead cost annually.

The Director of the agency, Rear Admiral William Kayoda expressed the agency’s feelings when the Senate Committee on Defence led by Senator Aliyu Wamakko made an oversight visit to his office.

“We really require a lot of funding to quickly attack issues from multiple angles. The situation on ground as regard overhead has not changed. We complained bitterly about the issue of overhead.

“We get N180 million per annum; N15 million per month. From the N15 million, we pay an average of N2.7 million monthly on electricity bill alone. We pay N6 million per subscription for the cyber centre. We really need our overhead to be improved,” he said.

Speaking further, the DSA Director said the agency was able to prevent military and other government Websites from being pulled down during #EndSARS protests through the use of expertise.

Kayoda, who explained that the cyber centre was doing a lot in ensuring cyber security, said: “In fact during the #EndSARS protest, we were coming to work even on Saturdays and Sundays.

“Most of the government websites that the #EndSARS attempted to pull down, we were actually monitoring and we made sure that they did not deactivate them. We kept them active especially the military websites. We got a commendation for that from the Office of the National Security Adviser,” he said.