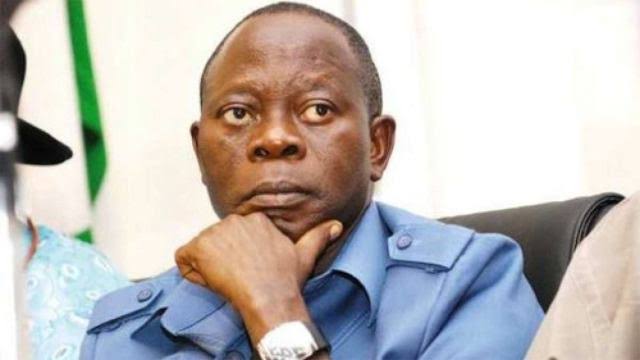 A former Governor of Edo State and immediate past National Chairman of the All Progressives Congress (APC), Adams Oshiomhole, has congratulated Governor Godwin Obaseki over his victory at the Supreme on Friday.

The former APC chairman also apologised for the rancor that attended the last governorship election in the state, appealing to Obaseki to be magnanimous in victory and be the governor of all Edo people, irrespective of party leanings.

Oshiomhole, who vowed before the September 19 election to unseat Obaseki, in a letter to the governor, which was made public by his media aide, Victor Oshioke, in Benin, on Monday, called on the governor to put the past behind.

The letter read in part: “Congratulations on your victory at the Supreme Court which has effectively laid to rest all matters arising from the last election.

“As I had repeatedly reminded you during our several meetings, our relationship has through the years developed beyond being friends to being brothers of different parents.

“Whatever happened is unfortunate and I believe God has a reason for everything. I have put all behind me and moved on. As I have consistently advised, please be magnanimous in victory. You are the Governor of all Edo people, regardless of political leanings.