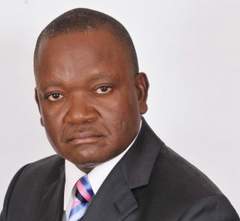 Benue State Governor, Samuel Ortom, on Saturday escaped death as gunmen attacked his convoy on his way to Makurdi, the state capital.

According to reports, the gunmen attacked Ortom’s convoy at Tyo Mu along Makurdi/Gboko Road at about 12 noon.

Security agents in the governor’s convoy however repelled the gunmen.

Nigeria Needs Somebody Like Me To Move Forward, Peter Obi Says As He Declares...