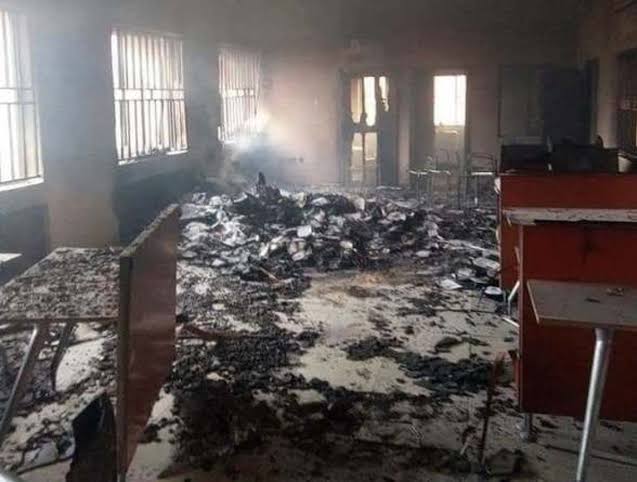 The violence that has engulfed the South-East geopolitical zone continued on Tuesday as suspected Hoodlums set part of the Federal High Court, Abakaliki, Ebonyi State ablaze in the early hours of Tuesday.

The incidence was confirmed by the state Police Public Relations Officer (PPRO), Mrs Loveth Odah, stating that no arrest had been made.

The police spokesperson however said that investigations have commenced in order to unravel the event and bring the culprits to justice.

“Hoodlums in the early hours of Tuesday wielding dangerous weapons stormed the federal high court premises and burnt part of the building.

“Though no arrest has been made, an investigation is ongoing.

“The Commissioner of Police, Mr Aliyu Garba, has promised to arrest the perpetrators and bring them to justice,” Odah said.