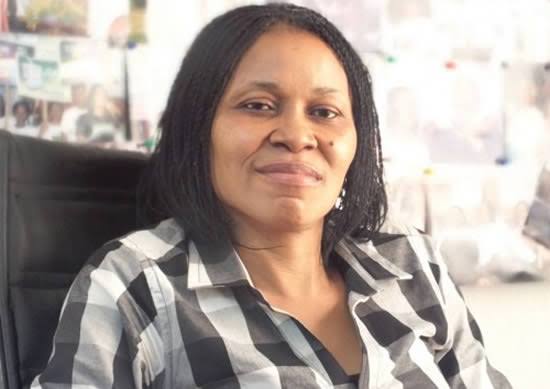 The President, Women Arise and Centre for Change, Dr. Joe Okei-Odumakin, has canvassed against the extradition of Yoruba Nation activist, Sunday Adeyemo, popularly known as Sunday Igboho, back to Nigeria to face trial.

Okei-Odumakin, who stated this in a statement on Wednesday, contended that Igboho cannot be assured of safety or justice if extradited to Nigeria.

“It is not debatable that Igboho will come to grief if he is extradited to Nigeria under the prevailing circumstances”, she said.

The human rights activist also said that the Nigerian government treats bandits, herdsmen and Boko Haram terrorists with kid gloves while applying “sledge hammer on law-abiding citizens protesting against such terrorists and their wanton destruction of lives and property.”

The statement read: “News of the arrest of the Yoruba self-determination activist, Sunday Adeyemo aka Sunday Igboho, hit like a thunderbolt.

“Reports have now confirmed that he was arrested and is being held by the authorities of the Republic of Benin at an undisclosed location.

“Reports that he has been released and that he has left Benin Republic for Germany have also been confirmed not only to be false but also to be injurious to his case of asylum-seeking that he is said to be processing before his arrest incidence in the neighbouring West African country.

“We call on those peddling this unfounded rumour to desist henceforth. Whether by friends of Igboho or his detractors, such rumour is an ill wind that blows no one any good.

“We call on the authorities of the Republic of Benin, a democracy and country under law, to speedily process and grant Igboho’s asylum application.

“It is not debatable that Igboho will come to grief if he is extradited to Nigeria under the prevailing circumstances.

“It is most unfortunate that a Nigerian government that treats with kid gloves terrorists of the hues of Boko Haram, herdsmen, and bandits ravaging the entire Northern Nigeria applies the sledge hammer on law-abiding citizens protesting against such terrorists and their wanton destruction of lives and property.

“The way the present Nigerian authorities romance these despicable elements while victimising, oppressing and silencing their victims leave a sour taste in the mouth.

“Bearing in mind the way and manner in which Nnamdi Kanu was whisked into Nigeria recently, in circumstances yet to be fully explained, and the various efforts at enacting gag laws by the same Nigerian authorities, there is no denying the fact that fascism is already creeping upon Nigerians.

“The tell tale signs of military dictatorship are rearing their ugly heads again under a supposedly democratic government of President Muhammadu Buhari.

“In this wise, it is certain that Igboho cannot be assured safety or justice if extradited to Nigeria.

“He should be released from detention unconditionally and his safety and liberty guaranteed by the Republic of Benin authorities under extant international law.

“The Nigerian authorities are better advised to stop chasing shadows but address the patent dangers posed to the country by the despicable elements it is treating with kid gloves.

“Protection of life and property is the fundamental rights of citizens and the overriding objectives of State policy.

“Neglecting these and running after critics and opposition figures is not only irresponsible but also inimical on the long run to the good health, safety, and continued corporate existence of our beloved country, Nigeria.”

We Are Longer Part Of Nigeria, Yoruba Agitators Say In Ibadan Rally