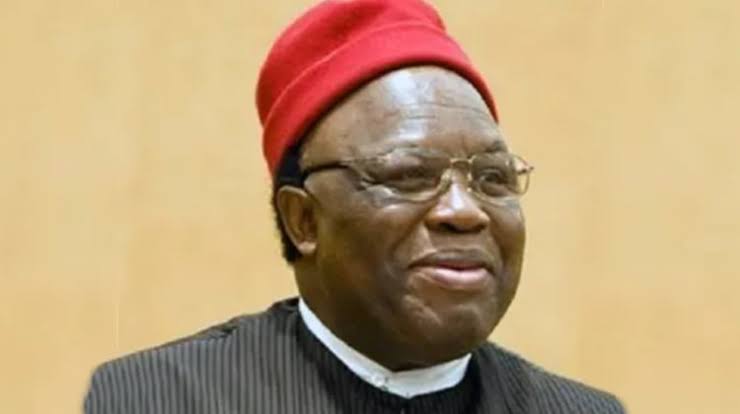 The Ohanaeze Ndigbo has condemned the shoot-at-sight order given to Nigerian soldiers on Igbo land, telling the Federal Government to seek possible peaceful options, as they are the only solution that guarantees national unity and peaceful coexistence.
The apex Igbo socio-cultural group also kicked against the alleged posting of only northern Muslim soldiers and commanders to the South-East and South-South regions.

The Ohanaeze also warned the Nigerian government to learn a lesson from history by not fighting an unwinnable war against nationalism, stating that “subnational consciousness or ethnocentric nationalism, which is a dangerous form of nationalism to national unity had taken over Nigeria”.

A statement released by the group’s spokesman, Alex Ogbonnia, qouted the President-General of Ohanaeze Ndigbo, Prof. George Obiozor as saying that the current problems facing Nigeria, like the ethnic militia, agitation for secession, insurgency, among others were a product of sustained orchestrated injustice in governance.

The statement read: “The attention of Ohanaeze Ndigbo Worldwide has been drawn to the “Shoot at Sight Order” given to the Nigerian soldiers on how to engage the Igbo youths in the oncoming week.

“The report further revealed that the exercise will commence from Orlu in Imo State, South-East Nigeria. This is very disturbing. The pattern of deployment of northern military officers to the South-East lends credence to the above report.

“It was revealed that in preparation for the above, the Nigerian army has posted northern Muslims as commanders over its operations and brigades in Anambra, Imo, Abia, Akwa Ibom, Enugu, Benue, Edo, Delta, and Rivers.

“The President General of Ohanaeze Ndigbo Worldwide, Ambassador Prof. George Obiozor, an erudite scholar, a seasoned diplomat with diverse experience in governments, has admonished the Nigerian government to “learn a lesson from history by not fighting an unwinnable war against nationalism but seek possible peaceful options that are the only solution that guarantees national unity and peaceful coexistence.”

Obiozor also insisted that the dream of a united Nigeria was fast receding and fading with violence, crises, and conflicts taking over, reiterating that “sustained orchestrated injustice” in governance was the cause.

“Ohanaeze Ndigbo warns that Shoot-at- Sight Order to soldiers on Igbo land is a call for another pogrom and genocide. Ohanaeze asks the Federal Government to refrain from the use of force in resolving the present national crises.

“History shows that military and violent means to solve the national question is bound to fail as it leads to further national fractionalization, anarchy, and eventual or inevitable disintegration, as in all Empires or multi-national states or countries,” he added.

Fayemi Parries Questions On 2023 Ambition, Says God’s Plan Will Be Revealed In Due...

Singing Bird! Man Narates How He Dispossesed Lawmaker Who Broke His Marriage Of Cash...