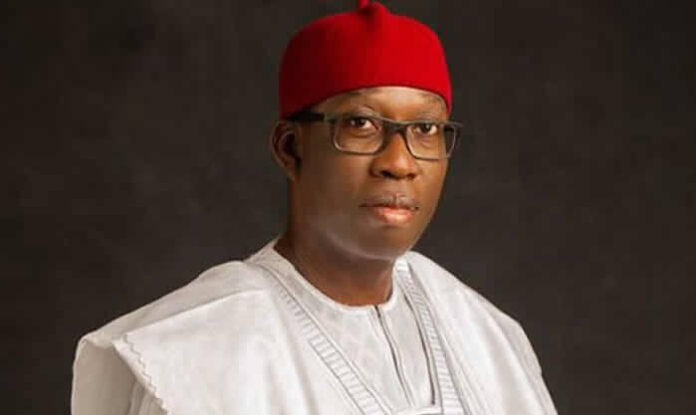 Ohanaeze, in a statement by its National Publicity Secretary, Dr. Alex Ogbonnia, Okowa is a “detribalised patriot, purveyor of morals and a poster personality”.

The group also expressed optimism that his candidacy will add enormous electoral value to the PDP, noting that in all of Okowa’s political career, he had served without skirmishes.

“Available records indicate that from birth, God endowed Okowa with a special grace. It is only grace that explains the mystery behind the profound achievements by a few in various areas of life which paradoxically present enormous challenges to many others. Perhaps, this explains why Okowa ennobled the various offices he held with remarkable skill, exceptional diligence, elegance and panache.

“The life of Sen. Ifeanyi Okowa is a veritable tribute to humility, sincerity, simplicity, hard work, perseverance and centrality of morals in the dynamics of power. As a governor, Okowa had a clear vision which he pursued with incandescent passion, valour, candour, honour and unassailable accomplishments.

“Above all other enviable attributes, Okowa resonates as a team player, diverse ethnic manager with a friendly finesse and character comeliness. He is one of the few who has sustained in government without the elixir and grandeur delusion that has become the characteristics of many in positions of authority.

“On the other hand, Okowa has served both as sub-ordinate, co-ordinate and super-ordinate to several persons without skirmishes. Dr Ifeanyi Okowa is a quintessential gentleman.

“The Ohanaeze Ndigbo Worlwide led by Ambassador Professor George Obiozor is very proud of you. We are optimistic that your candidacy will add enormous electoral value to your political party, the PDP.”

Resident Doctors Call Ngige’s Bluff, Say They Are Not Moved By Sack Threat