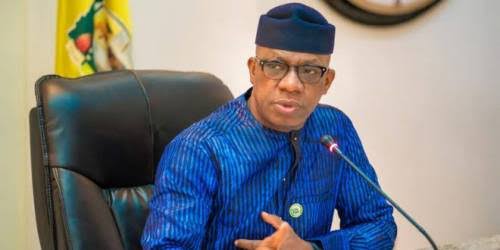 Health workers under the aegis of the National Association of Nigerian Nurses and Midwives (NANNM) and the Nigerian Medical Association (NMA) in Ogun State said they would withdraw their services at public health institutions at midnight on Tuesday due to the high rate of insecurity in the state.

The strike action was confirmed on Tuesday by the chairman of the NANNM, Roseline Solarin through a communique, while the NMA did same through its state Chairman, Dr. Oladayo Ogunlaja.

In the communique issued by NANNM, dated April 12 and addressed to the Commissioner for Health in the state, Dr. Tomi Coker, the nurses condemned the lackadaisical attitude of the government towards the release of their colleagues.

Titled “Notification of withdrawal of services’, the NANNM communiqué described the approach adopted by the government as appalling.

Also, Ogunlaja said the strike was a joint resolution between the NMA and NANNM, adding that they are going ahead with the strike despite the release of their abducted colleagues until the government does the needful.

According to him, except and until the government ensures the safety of health workers at their workplaces, the strike would continue.

He said: “There is a lot of security challenges in the state now. I want the state government to address them before we go back to work.

“To make where we work a safe place so that we can work without any fear. The state is now becoming unsafe for everybody living in the state.

“We want the government to do the needful so that we will know that we are secured .”

You Have Signed Up For Poverty If Your Phone Rings In Church, Pastor Ibiyeomie...

Dele Momodu Reveals What He Discussed With Remi, Why He Cannot Support Tinubu For...

One Inmate Dead, 12 Others Injured In Attempted Jailbreak In Port...