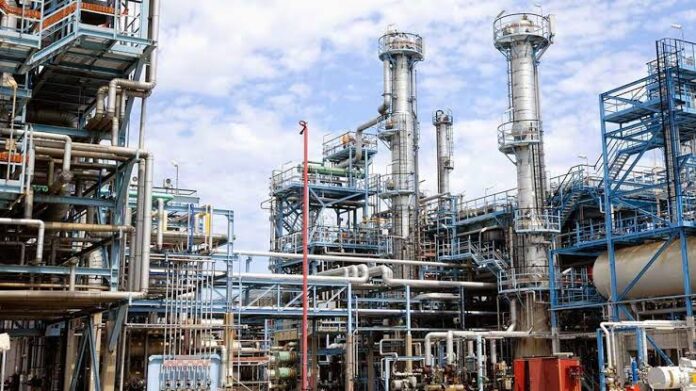 Youths of Ogoni extraction in Rivers State on Tuesday blocked the Eleme area of the East-West road during a protest over the deplorable condition of the road, threatening to disrupt the rehabilitation of the $1.5 billion Port Harcourt Refinery if the road is not fixed.

The protest, which lasted for hours, caused heavy gridlock on the road, as motorists were stranded, while commuters trekked long distances.

The protesters, numbering over 70, expressed anger that the Federal Government was paying lip service to the Ogoni section of the road, which linked the Onne Sea Ports, the Oil and Gas Free Trade Zone, and the Port Harcourt refinery company.

The President-General of the Ogoni Youths, Legborsi Yamaabana, while speaking during the protest, said it was disheartening that the Federal Government, despite contracting a firm to repair the refinery, failed to fix the road leading to the company.

Yamaabana said: “We have come as followers of Ken Saro-Wiwa; we are doing it non-violently and we shall win. Ogoni has been raped; this road leads to two refineries, but it is in a dilapidated state and we are saying no to that.

“We are saying that before the refineries are rehabilitated, the road must be fixed or there will not be any rehabilitation.

“Within 14 days from this very moment, including Sundays, if that is not done, we shall be back, because this is just a warning protest. We will ensure that all economic activities within this axis are paralysed.

“The refinery, the petrochemical, the two seaports, the NPA and the oil and gas free zone and the over 300 multinational companies operating here will be shut down; there will be no business in this axis,” he stated.

The protesting youths also called for the immediate appointment of a substantive board for the Niger Delta Development Commission, as well as the exoneration of late environmental rights activist, Ken Saro-Wiwa, who was executed by the regime of late General Sani Abacha over alleged criminal offences.

Terrorists, In Video, Claim They Released BOA MD In The Spirit Of Ramadan (Video)

31-Yr-Old Arrested For Using Internet To Lure Ladies For S*X, Stealing Their Valuables