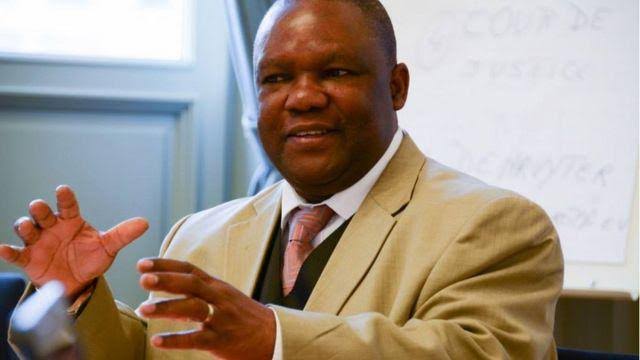 The University of Abuja Teaching Hospital (UATH) has exonerated itself of any blame in the death of a former Deputy Governor of the Central Bank of Nigeria (CBN), Dr. Obadiah Mailafia, saying doctors at the hospital did their best to save him.

The hospital also accused Mailafia’s widow of insincerity over claims that a N600,000 deposit was demanded from her before some medications could be administered on the late critic and politician.

Mailafia 64, who was the presidential candidate of the African Democratic Congress (ADC) in the 2019 general elections, died at the UATH on Sunday morning, leading the Middle Belt Forum (MBF), Southern Kaduna Peoples Union (SOKAPU) and some civil society organizations (CSOs) to allege foul play in his death.

The Public Relations Officer of the hospital, Michael Atiga, while absolving UATH and its doctors of complicity, said: ”The patient came in on Saturday, September 18, 2021, around 2 pm to 3pm in the afternoon. He was well received because the doctors even have a pre-information that he was coming. So, he was well received. And considering the nature of his illness because from what I gathered from the doctor, as he was rushed to this place, his oxygen saturation was like 60 percent. So, there was a problem already. He was in a bad condition so they had to commence treatment immediately.

“The doctors placed him on free-flow oxygen to increase his oxygen saturation and they started the medication immediately without asking for any money. The saturation which was 60 percent at the time they came to this place, at a point, went to like 90 percent. So, they continued the treatment till like 10 o’clock at night.

“The doctors did all they could to salvage the situation but you know that in health, doctors can only treat, it is God that saves lives. Even the wife, in the morning of that day around 8, o’clock when they passed the news of the husband’s death to her, appreciated the doctors that this is the first time she was seeing very dedicated health workers, whose priority is to save lives.”

Atiga however confirmed that he does not Mrs Mailafia’s appreciation on record. “I don’t have it on record but this was what I gathered from the doctor on duty”, he said.

On the allegation that the doctor attending to Mailafia refused expert advice from a foreign doctor, Atiga admitted that a foreign doctor, who was contacted abroad following the development, reached out to the hospital’s doctors handling Mailafia’s case.

“The doctor now told him , “Oga, I have been into this practice for over 20 years, the man is dead. If I like, I can press his chest from now till tomorrow that would not bring him back to life. That was what happened.”

On allegation that the hospital asked for N600, 000 before administering certain medication, he responded: “No, no, no. That is why I’m telling you a clear record of what transpired in this hospital. If you like, you can meet with the wife of the deceased to hear her side. Nobody asked for money.”

Reacting to MBF’s claim that the wife said the money was demanded from her, Atiga said: ”That means the woman is not sincere, she is not sincere, because when he was certified death and the doctor passed his condolence to her, she appreciated them according to what I learnt. The man was admitted into the VIP wing of the infectious disease centre which attracted more attention. Nobody said they should deposit any money before commencement treatment. It was after his death, and they said no problem, that the CBN was going to foot the bill. So, we are surprised that all these things started coming up.

“Before his death, he was even talking to them (doctors). At a point when they were trying to improve the oxygen saturation, according to what I gathered, all their efforts connecting the cylinder was going down. They tried all they could but it was going down and that was when the man passed away. The doctors said at the point he was requesting for ventilator, if they do that, it would even fast track his death, they are practitioners.

“That was what happened because I went there and interviewed the doctor as a public relations officer and he briefed me on all that happened.”