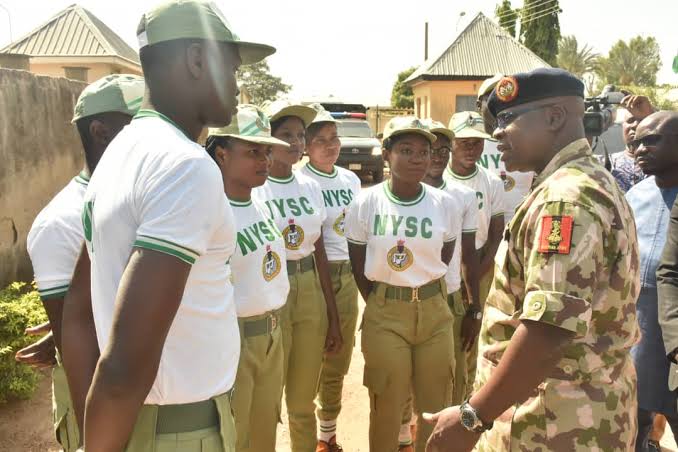 The National Youth Service Corps (NYSC) has denied reports that its Director-General, Brig.Gen Shuaibu Ibrahim said corp members maybe mobilized for military action in the event of serious war in the country.

Media reports had qouted the NYSC DG as saying that corps members were part of the national defence policy of Nigeria and could be mobilised for war if need be.

The NYSC boss was quoted as saying: “Corps members are on reserve. They are part of the national defence policy of this country. So, where there is serious war, our corps members are educated, they are knowledgeable and they can be trained. You see the drill and so on.

“So, if not for the knowledge, where are you going to mobilise such young Nigerians to train them quickly to put in their best for the country? So, corps members are on reserve. They are also part of the national defence policy.”

The NYSC, in a reaction by its spokesperson, Abosede Aderibigbe said the reports were misleading.

The statement reads: “This is to clarify the misrepresentation of the NYSC Director-General’s recent interview with the media currently trending on the social media.

“The Director-General had stated that in line with the National Defence Policy, Corps Members are like soldiers on reserve, because their education, exposure and sophistication, can make them easily adaptable to military training.

“He charged them to remain focused and patriotic; and for the spirit of NYSC to live in all Nigerians.

“General Ibrahim never at any point said that Corps Members are being mobilised to fight war.

“The Scheme shall continue to safeguard the interest of Corps Members at all times.”

Hairdresser Narrates How She Was, Hypnotised, Kidnapped In Ore, Rescued In...