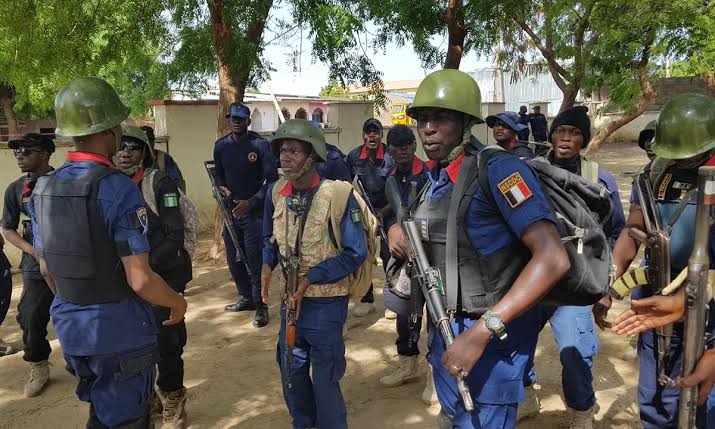 Operatives of the Gender Unit of the Nigeria Security and Civil Defence Corps (NSCDC), Kwara State command, have arrested a 31-year-old mechanic, who was allegedly caught having carnal knowledge of an 11-year-old girl in the Popo Giwa area of Ilorin, the state capital.

The suspect, Yusuf Abdullahi, was said to have been caught by one of the officers of the NSCDC on Saturday, while molesting the minor, who leaves in the same house with him.

The suspect, a father of three, however said that he was sleeping when the little girl came to wake him up to ask for his phone, adding that he willingly brought out the phone and played an Indian film for her, which aroused him.

Abdullahi, who claimed that his wife had just put to bed, said he was an automobile mechanic at Eyenkorin village, a suburb of Ilorin.

He said: “I live at Atako compound, Popo Giwa area of Ilorin with my wife and three children. My wife has just put to bed and we are staying in the same house with the minor. I was sleeping when the girl came in and woke me up, she requested my phone and I willingly played an Indian film for her; that was how the incident happened.

“I was only fondling her and I hadn’t gained access to her private parts.”

While confirming the incident, the spokesman for the NSCDC in the state, Babawale Afolabi, said the victim had been taken to hospital for treatment.

He said: “This case was reported to the Gender Unit of the Nigeria Security and Civil Defence Corps on Saturday, May 15, 2021.It happened around 10.30am when Yusuf Abdullahi, 31, was caught by one of our officers at the Kaiama Division having carnal knowledge of the 11-years-old girl at Atako compound, Popo Giwa area, Ilorin.”