Home Icons ‘Now It Is War’, Bakare Dares Buhari, Says ‘You About To Learn... 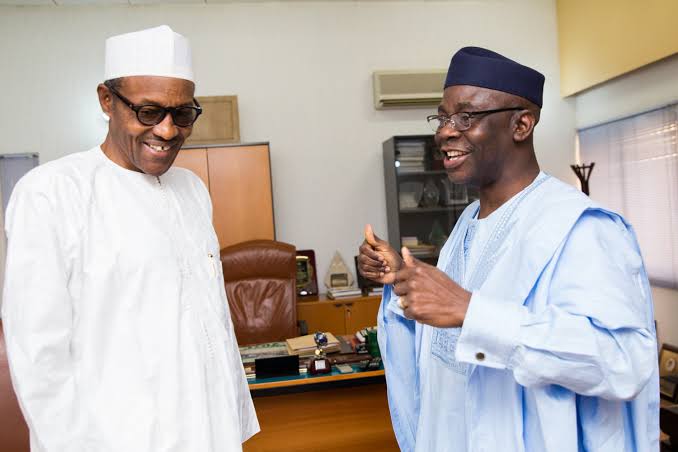 The famed rosy relationship between President Muhammadu Buhari and the General Overseer of the Citadel Global Community Church, (formerly called The Latter Rain Assembly), Lagos, Pastor Tunde Bakare, may have hit the rocks, as Bakere on Sunday, dared President Buhari to come after him.

Though he failed to mention the President’s name, he made references that made the person he was talking about unmistakably President Buhari, adding that his the government was offended by his recent pronouncements, which he said had become unsettling to some people.

Bakare, who spoke during his sermon at the CGCC, also condemned the recent clampdown on the leader of the Indigenous People of Biafra (IPOB), Nnamdi Kanu, and Yoruba Nation activist, Sunday Adeyemo, also known as Sunday Igboho, insisting that the Federal Government had abandoned the search for justice and replaced same with intimidation and brutality.

It would be recalled that Pastor Bakare was the running mate to Buhari when he contested the presidential election on the platform of the now defunct Congress for Progressive Change in 2011 and lost.

Bakare said: “I dare you to come after me since that is the usual style now. You might have done it to others; you are about to learn a lesson if you touch me.

“If you know what I have done in secret, bring it to the open. I dare you to come after me if you can. I worked with you; I worked for you; I supported you to get there (where you are). When I talk now, I now have a smelly mouth.

“I’m not interested in meeting you any longer; no more visits. Now, it is war, because Nigeria must be set free.”

Going down memory lane, the clergy reeled out how he supported the President to get to his current position, wondering if he had forgotten what transpired between them when only the two of them were alone in a room after the he had vowed never to contest the post he had contested and lost out on three occasions.

“Have you forgotten that you vowed never to contest again. I said ‘not so’. I showed you how you can win the next election and you agreed to run and you won. I was not considering myself but concerned about how Nigeria can become great.

“Winning an election is a different thing; doing the right thing is another. No one must behave as if Nigeria is a personal property. Nigeria must be set free and any obstruction along the way must be removed; it must get out of the way.

“I declare to you ‘Nigeria-for-Nigeria Movement’. I’m prepared to lead this movement. Nigeria is not a one man property. This movement will liberate Nigeria”, the fiery preacher said.

Bakare also recalled how he declared in the heydays of the late dictator, Gen Sani Abacha, that his (Abacha) days were numbered, saying Nigerians should be prepared for a change of baton.

He also thumbed down the federal government for wasting so much energy on clamping down on sectional agitators in the country. He however said he does not support any one or groups taking up arms against the state.

“I don’t support any act of violence, taking up arms against the country and killing people. Those are in the realm of criminality and anybody doing that must be brought to book

“However, we must realise that what has given rise to the agitation is lack of justice and equity. When there is justice, when there is equity, agitation will die down.

“Nigeria must restructure and no one can stop that”, Bakare declared.

She Insisted I Move Out! JJC Skillz Announces Seperation From Funke...