Home Politricks Not In The League! Fayose Faction Says Oyinlola Not qualified To Reconcile... 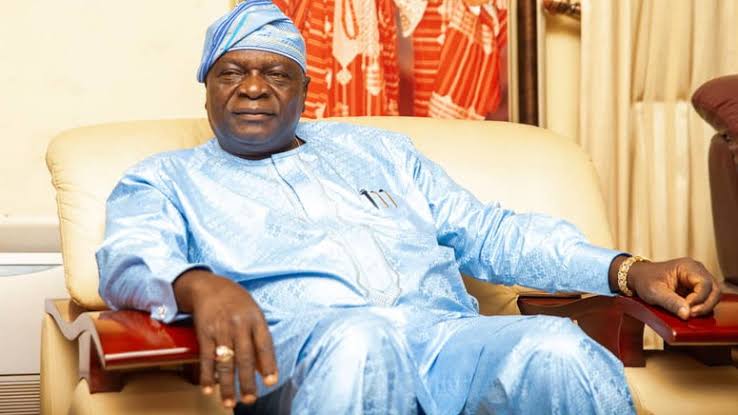 The end may not yet be in sight in the leadership crisis rocking the South-West zone of the Peoples Democratic Party (PDP), as the faction loyal to former Ekiti State Governor, Ayodele Fayose insists that a former Governor of Osun State, Olagunsoye Oyinlola is not qualified to reconcile the warring parties.

This came to light on Friday as the spokesman of the Fayose faction, Lere Olayinka, denied media reports that Oyinlola has called a reconciliation meeting, adding that the former military officer lacked the moral requirements to reconcile Fayose and Oyo State Governor, Seyi Makinde.

Olayinka said: “Our attention has been drawn to a publication in a newspaper that there will be a reconciliation meeting between Fayose and Governor Makinde at the instance of former Governor of Osun State, Prince Olagunsoye Oyinlola, today (Friday).

“To us, Prince Oyinlola is supposed to be Governor Seyi Makinde’s leader, but the reverse is the case now as he is painfully acting like Governor Makinde’s ‘appendage’ and also his contractor.

“Therefore, he has no moral preserve to be a peacemaker as peace can not be achieved when insincere people who are self-seekers sit at the table as peacemakers.”

The London Photo-Ops: Why Bola Tinubu Needed To Show Proof Of Life