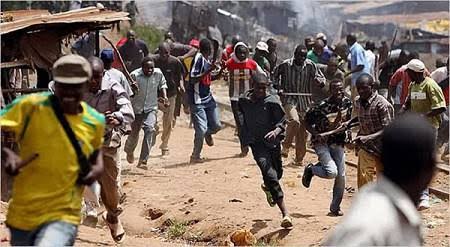 A group, Northern Youth Leaders Forum on Saturday said a cabal, which it describes as a coalition was behind the spate of insecurity in the country, adding that this set of people are benefiting from the current situation in the country.

The group’s Chairman, Elliot Afiyo, who spoke to journalists in Yola, the Adamawa State capital, also indicted former President Goodluck Jonathan for allowing the current state of insecurity in the country by reneging on his pact with Northern state governors not to seek a second term in office.

According to the NLYF, a coalition of northern socio-political groups, the country would have been spared the current security challenges if Jonathan had respected the agreement he reached with the governors and leaders of thought to only serve one term, following the death of the late President Musa Yar’Adua.

Speaking further, Afiyo said though the coalition had been championing rotational presidency, it had now changed its mind as the country needed to look beyond the regions to get a President capable of dealing with the current security challenges.

“If you flash back to the Jonathan regime, you will observe that Jonathan was ready and willing to deal with the security situation, but some people, especially from the North (undermined him) – we have evidence. A coalition or cabal benefitting from the insecurity is causing the insecurity in this country. And you need somebody with a lion heart to deal with it. That is why we threw the presidency open.

“If Jonathan had agreed on that one term, we wouldn’t have been having all these insecurity (challenges) that we are having”, Afiyo said.

Sponsors Of Unknown Gunmen In Imo May Be Revealed In Two...