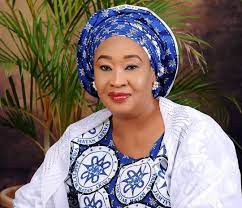 Northern women, under the Jam’iyyar Matan Arewa, on Wednesday, have called for a referendum to discuss the continued corporate existence of the country.

The group, which is the umbrella body of northern women organisations, also called on President Muhammadu Buhari and the National Assembly, to hold a follow-up to the 2014 National Conference held by ex-president Goodluck Jonathan administration.

The National President of the organisation, Rabi Saulawa state these at press briefings in Kaduna on Wednesday.

She said: “Today, we have to affirm that enough is enough. At home in the north, we are not spared; in some particular regions/geo-political zones where we feel we would be welcome, we are targeted.

“This has to stop. We believe we are in a democracy with laid down procedures and processes to address national concerns or agitation of some sort.

“Today, JMA the voice of northern women is calling on His Excellency, President Muhammadu Buhari, and the leadership of the National Assembly to immediately consider reconvening a national conference as a follow-up to the one held in 2014.

“The issue of the Nigerian state has been a subject of discourse for some time now, we feel the concerns can be channeled through the elected representatives of the National Assembly, to be thoroughly debated as required under a democratic dispensation or better still a referendum.”

Ngige To Speak On His Journey To The Presidency On Tuesday

Matawalle Eventually Defects To APC, To Officially Declare On Tuesday

Nwaoboshi Formally Notifies Senate Of Defection, As Two Other Senators From...

Actress Ini Dima-Okojie Says Yes To The Fan That Got Her...