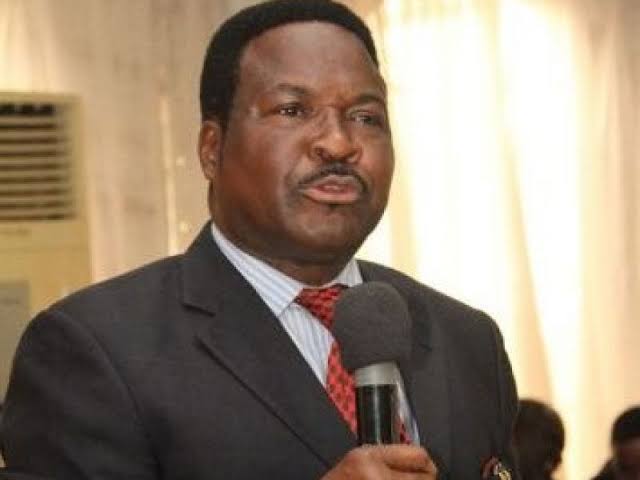 A human rights lawyer, Mike Ozekhome, SAN, has reacted to the burglary attempt at the Aso Rock residence of the Chief of Staff to the President, Professor Ibrahim Gambari, declaring that no Nigerian is safe and that there is no security anywhere in the country.

Ozekhome, who stated this in a statement on Tuesday, described the robbery attempt as shameful and disgusting.

Ozekhome said: “I am not surprised to hear that the official residence of the Chief of Staff to the President, Prof Ibrahim Gambari inside Aso Villa has been burgled. It is still a wonder, indeed a miracle, for which I am grateful to God, that Nigeria herself has not still been physically abducted and kidnapped as a country, though she has since been abducted and kidnapped, literally, in terms of economy, corruption, nepotism, cronyism, prebendalism, crass tribalism and religious bigotry. There is no security anywhere in the land.

“Boko haram are only kilometers away from the federal seat of government in Abuja. In Niger State, they have since planted their flags of sovereignty over many Nigerian territories. The Governor himself said so…Whether in the air, on water, or by road, or in the markets, malls, schools, churches, mosques, streets, alleys, government seats, Nigerians are not safe from rampaging marauders.

“The burglary of a whole Chief of Staff’s residence therefore merely points to the dire times and vulnerability of all. After all, if gold rusts, what will iron do? One of the greatest signs of a failed state is when there is balance of power of violence and control over instruments of terror between a legitimate government and non-state actors, such as terrorists, armed bandits, kidnappers, etc. That is where we are today unfortunately.

“It blames every person and all others, but itself. It still blames the PDP that it snatched power from in an unfair election 6 whopping years ago!

“Now, it has invented rumours of a possible coup against it as a not so ingenious strategy of distraction from its woeful performance and abysmal failure. So shameful and disgusting. Nigeria, we hail thee.”

There’s Nothing Wrong In Discussing With Agitators, Obi Says At Chatham House