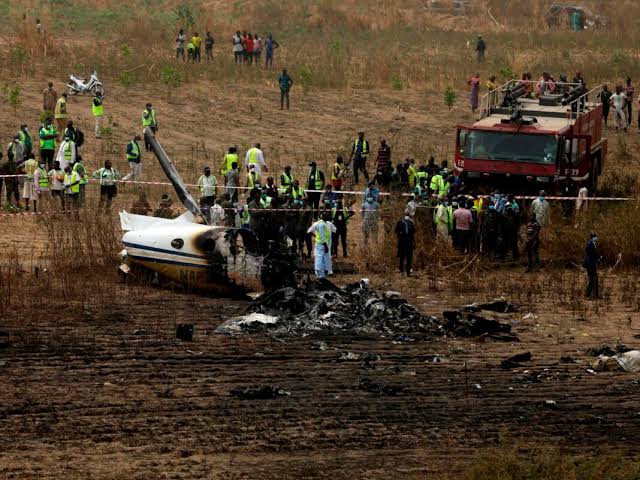 The Nigerians in Diaspora Organisation (NIDO), USA Chapter, on Sunday called on the Federal Government to urgently probe the recent recurring military plane crashes in the country.

The organisation made the call in a statement signed by its Chairman, Dr Eromosele Idahosa, and Executive Director, Ms Patience Key, describing the incident as a “national disaster” and calling for a thorough probe so as to avert future occurrences.

NIDO, while noting that there was the need to unravel the root causes of the crashes, expressed worry that the Nigerian Army had in the past three months recorded three plane crashes.

It would be recalled that in February, a NAF Beachcraft 350i aircraft crashed in Abuja, killing all the seven officers on-board, while in March a NAF Alpha-Jet aircraft was declared crashed in Borno.

The latest being another Beachcraft 350i aircraft also belonging to the Nigeria Air Force which crashed on Friday, killing the Cheif of Army Staff, Lt.-Gen. Ibrahim Attahiru, and 10 others.

According to the group, aside probing the incessant crashes, the Federal Government should also carry out regular maintenance of existing ones.

“We encourage the government to maintain the planes and purchase new ones if existing ones are unserviceable.

“This is in addition to putting implementable structures to secure the whole country and the citizens,’’ the group said, adding that maintenance of the military aircrafts should be paramount and plans should be put in place to purchase new aircrafts that align with military and intelligence operations.

The statement stated further that everything necessary should be done by the authorities “to avoid premature death of those who risk their lives for the security of the country”.