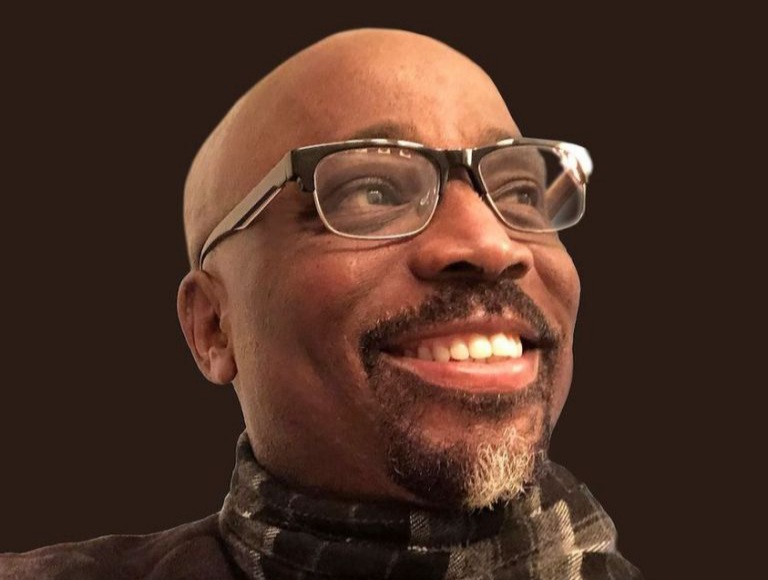 A Nigerian studying for his doctorate in Arts Administration, Education and Policy (AAEP), Adewale Adenle, has won 2021 Robert L. and Phyllis J. Iles Award for Graduate Study of Myth.

The award is administered through the Ohio State University’s Center for the Study of Religion on annual basis to a student whose research focuses on myth.

The competitive award is given each spring to a graduate student whose project studies myth, defined as “a story that is sacred to and shared by a group of people who find important meaning in it, as conveyed through narrative, art or ritual.”

Adewale is a visual artist and scholar, who is interested in “decolonizing interpretive and engagement praxis from canonical, ethnocentric, and hierarchical contexts in museums, while situating art practice within the evolving model shift in post-critical art museum functions. His studio work equally engages its viewers to unload and search for multiple logics for interpretation as they explore the socio-political constructs and systems in three-dimensional paintings and drawings”, his citation says.

Born in Lawanson, in the Surulere area of Lagos, Nigeria, Adenle’s father is from Egbado (Yewa- Igbogila), Ogun State while his mother is an Awori from Itire/Obele Oniwala of Lagos State.

He attended Yaba College of Technology, Lagos (1988 and 1991) where he obtained Ordinary and Higher National Diploma in Painting/Drawing. He later received a Master of Fine Arts (Painting and Drawing) from Miami University, Oxford, Ohio and Master of Art (Museum Studies), Southern University at New Orleans.

An extensively traveled artist, Adenle, in addition to painting in his private studio, is also a political cartoonist for several newspapers/magazines in Nigeria, Great Britain and the U.S. These include The Daily Times, TNT, The Post Express, This Day, Black Enterprise Magazine-New York, and the London based New African Magazine. He has his works in various private and public collections in Africa, Europe, Asia, and the U.S.

He was, between 1996 and 2000, the Art/Cartoon Editor with the defunct Post Express newspaper, Apapa, Lagos where he produced numerous illustrations, editorial cartoons, as well as the daily back page pocket gag, The Postmaster. In January 2001, Adewale accepted the position of Cartoon Editor with This Day newspaper, where he was till his relocation to the US in late 2002.

Adenle was also a Visiting Assistant Professor of Painting and Drawing at Texas Tech University (2012-2014) and the author of “Mixed Feelings”, a 15-year celebration/collection of his socio-political satire, published in 1999. The 200-page book was collected by The University of California (Berkeley Library) for selected acquisitions in Africana Studies and also catalogue in the U.S. Library of Congress.

From 2003 to 2004, he was hired by WON MURALS INC., where he worked on the massive wall murals for the Philadelphia International Airport, Pennsylvania, and the Aurora Community Center, Colorado, while in 2006, the Tangipahoa African American Museum-Hammond, Louisiana, USA commissioned him to work on four paintings (6ft x 8ft each) as part of the museum’s permanent collections.

In 2009, he was commissioned by the City of New Orleans to create the cast bronze sculpture at Louis Armstrong Park.

Osun 2022: US Official Harps On Fair, Credible Election During Visit To Oyetola