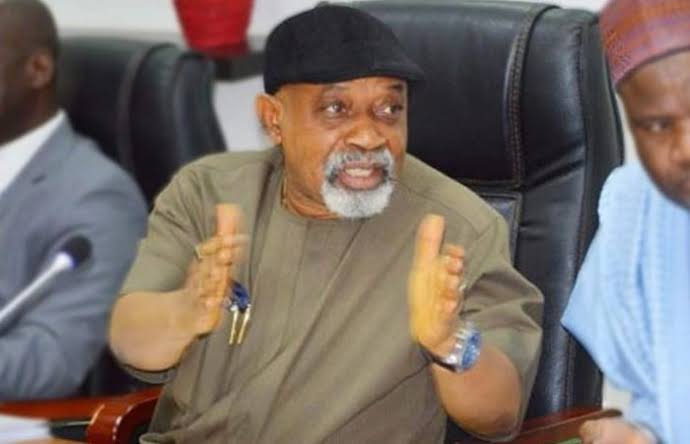 The Minister of Labour and Employment, Chris Ngige, has proffered a solution to the feelings of marginalisation by South-Easterners, declaring that if the zone produce the next President, it will help to douse the feelings.

The former Anambra State Governor however lamented that the 1999 Constitution doesn’t support zoning, which would have boosted the chance of the region in the 2023 presidential election.

Ngige, who spoke during Channels Television’s Newsnight programme, explained that what suits the current situation is the 1995 Constitution by the late General Sani Abacha.

He said: “The people in the area have perceived that they are marginalised, that they are unappreciated, whether it was done by propaganda and brainwashing or not, that is now immaterial.

“So I agree with that proposal, unfortunately, the Nigerian Constitution does not have that. This is where I quarrel with those who authored the 1999 Constitution.

“I still believe today, tomorrow, the Abacha Constitution of 1995 that espouses rotational presidency into the six zones in Nigeria, a single five-year tenure in order to heal all the wounds; the wounds of civil war, and the wound of June 12.

From ‘Akara’ Hawker To Music Label Owner/Producer, Don Jazzy Talks About His Childhood

I have Great Respect For Tinubu, But Nigerians Want A Young...

Big Leap For Fireboy As Madonna Reveals She’s Featuring Him In...

‘We Should Stop This Rubbish About Religion’, Orji Kalu Throws Weight...