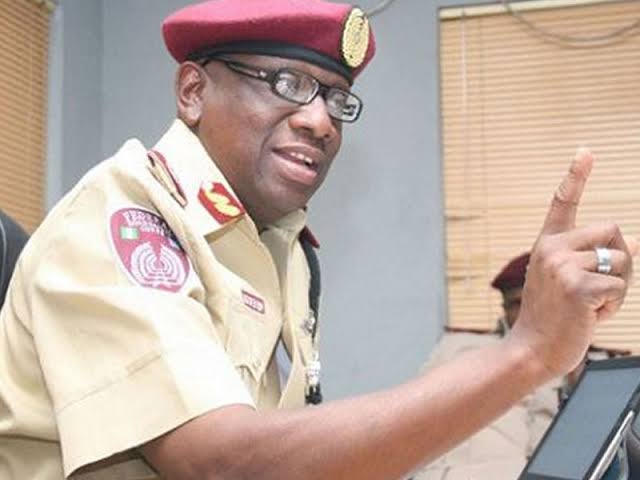 According to the corps, the CBT is another great move towards enhancing the integrity of the National Drivers license through the Driving School Standardisation Programme (DSSP).

It is also part of efforts at eliminating all incidences of road traffic crashes resulting from bad road use culture.

This was disclosed by the Corps Public Education Officer, Assistant Corps Marshal Bisi Kazeem, to achieve this, the Corps Marshal, FRSC, Dr Boboye Oyeyemi has ordered the commencement of CBT for fresh applicants of the National Drivers License in all the Driving Schools nationwide effective from 1 June, 2021.

Kazeem further revealed that the introduction of the Computer Based Test is to ensure conformity with globally acceptable standards on drivers training, and the urgent need to tackle high level of road traffic crashes occurring as a result of human factors; since these factors contribute more than 75% of road traffic crashes in Nigeria.

Explaining the CBT and its role in crash reduction, Kazeem further revealed that applicants are expected to undergo a total of 26 sessions during their training in the various Driving Schools before certificates are issued to them.

With the introduction of the test, Kazeem said at the end of the 25th session, the Driving School Standardisation Programme (DSSP) portal will automatically generate exam numbers which the applicant is expected to use to log into the CBT portal to access the examination questions.

He said: “A total of 35 multi-choice questions are to be answered within a duration of 30 minutes and applicants must be able to score 60% and above to secure a pass mark that will guarantee the issuance of their driving certificates. Failure to secure the pass mark will lead to rewriting the test 7 days after.”

The statement also said the introduction of the new programme is to complement existing efforts of the Corps towards ensuring the standardization of driving school programmes which is expected to translate into producing a better crop of drivers with a great deal of knowledge of safe road use.

The statement also qouted Oyeyemi as calling on various State Governments to expedite action by ensuring that the State Motor Licensing Authorities key into this life saving programme as Driving Schools have been mandated to ensure compliance with immediate effect.

Oyeyemi also advised State Governments to ensure CBT is compulsory for all applicants before driving tests are done.

Buhari Will Finish His Tenure Despite Calls For His Resignation – Ojudu