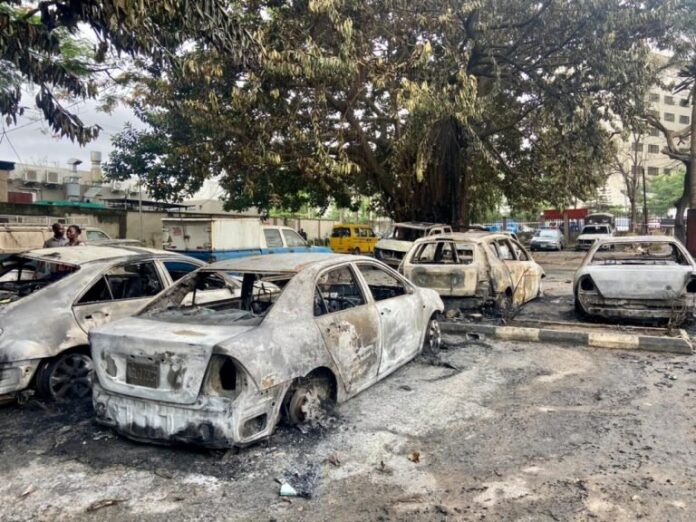 This was disclosed by the Acting Zonal Coordinator of NEMA in the South-West, Mr Ibrahim Farinloye, while giving an update of the development on Friday.

The Liquefied Petroleum Gas tanker, which exploded while in motion at 10.32 p.m. on Thursday night, according to Farinloye, affected the Ogun State Property Investment Company Plaza beside the Sheraton Hotel. The plaza houses different commercial outfits including a Chinese Restaurant.

He said: “We have so far recovered three bodies from the incident. The bodies were recovered from the generator house of OPIC Plaza and the restaurant.”

“The initial search and rescue activities revealed that 13 persons sustained various degrees of burns. Out of this, nine are males while four are females,” Farinloye said, adding that the victims were given first aid at the Lagos State University Teaching Hospital in Ikeja.

Farinloye further stated that four of them with severe injuries were later transferred to the Trauma and Burns Centre at Gbagada General Hospital, Lagos.

“Preliminary assessment on vehicles damaged indicated that about 25 were destroyed as of now.

“Comprehensive post-disaster assessment on the extent of general damages would be done later today,” Farinloye had said.

Nnamani Backs Tinubu, Says He Will Replicate His Lagos Success Story All Over Nigeria

Expect To Hear From Us! Udom Emmanuel Says Southern Governors Will Soon React To...