Home Scoop Ndume On Electronic Transmission Of Results: My Constituency Has No Light, Internet 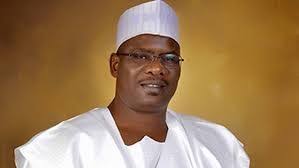 The senator representing Borno South, North-East Nigeria, Ali Ndume has explained that because his constituency have no access to electricity and internet services, he had no option than to vote against electronic transmission of election results in the recent amendments to the nation’s Electoral Law.

Ndume further disclosed that his vote captured the mood of his constituents, in an interview with ICIR on Tuesday.

According to him, his people in southern Borno had no access to basic electricity and internet connection facilities which will put them at a disadvantage if the amendment goes through.

It would be recalled that Ndume, alongside other Senators elected on the platform of the ruling All Progressives Congress (APC), on Thursday, July 15, voted against electronic transmission of election results.

In defence of their action, which has been heavily criticised, Ndume said those who vigorously campaigned for electronic transmission of election results were mostly the media and the civil society groups resident in the cities across the southern part of Nigeria where basic amenities were present and functional.

“In most of Borno, especially in Gwoza, we go to the mountain to seek internet connection. Is that the place where you will want to transmit results of the election electronically?

“E-Voting is vulnerable to hacking. I will not support it (electronic transmission of election),” he insisted.

Back To The Trenches! ASUU Hints Of Fresh Strike In Nigerian...