Home Politricks NDDC Board, IYC And Tompolo: What Is Really Stopping Buhari, Akpabio? 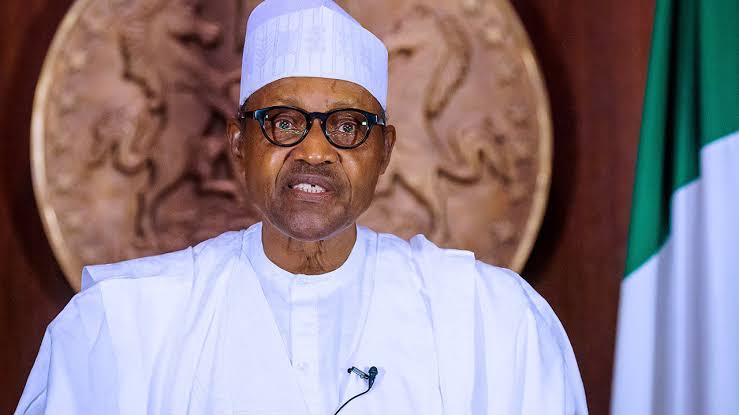 The Niger Delta region last week witnessed another of distortions as youths under the umbrella of Ijaw Youths Council {IYC} Worldwide made good their threat to shutdown the region, when on Tuesday they embarked on the shutting down of offices of the Niger Delta Development Commission {NDDC}.

NaijaNewsNow reported that the youths, on Tuesday, shut down the Bayelsa office on the interventionist agency and also blocked the Mbiama end of the East-West Road, stopping vehicular movement. On the same Tuesday, the protesting youths shut down the Warri Office of the agency before moving to shut down the NDDC headquarters located in Port Harcourt on Wednesday.

The grouse of the Ijaw youths was simple; the failure of the President Muhammadu Buhari-led Federal Government to constitute a substantive board for the NDDC. According to the youths, the entire Niger Delta will be shut down if government fail to constitute the board in a 30-day ultimatum it handed down.

Respite however came after some leaders of the youths met with the minister of Niger Delta Affairs, Senator Godswill Akpabio, who begged them to back down on the protests.

It is however still curious why the President Buhari administration has continued to refuse to constitute a board for the commission despite the screening and approval of members of the board by the Senate. This is also despite stringent calls by prominent sons and daughters of the region, who have variously queried the failure of the Federal Government to constitute a board for the agency.

The NDDC, no doubt, has become one of the most controversial agencies of the Federal Government, with allegations of fraud running into billions of naira, failure to meet its core mandate of bringing development and mitigate against the adverse effects of oil exploration and exploitation in the Niger Delta.

A middle way approach for stability by government through the Interim Management Committee {IMC} unfortunately ended up in failure as the IMC also ended up compounding the problems of the agency, with controversies and allegations of fraud, which included alleged phantom but humongous sums of money it said it expended on Covid-19 palliatives.

The Federal Government, however, in its wisdom, chose to appoint a Sole Administrator, Mr. Effiong Akwa to run the affairs of the NDDC, to the chagrin of major stakeholders in the region, who felt that government had only succeeded in replacing one illegality with another.

The refusal of the Buhari administration to heed the call for the constitution of a substantive board has increasingly thrown up the possibility for another round of crisis in the Niger Delta, a situation that could be well avoided.

Days after IYC youths soft pedaled on their protests, a former leader of the Movement for the Emancipation of the Niger Delta (MEND), Chief Government Ekpemupolo, popularly known as Tompolo, on Sunday issued a seven-day ultimatum to the federal government to constitute a substantive board for the NDDC.

Tompolo also warned that there will be total breakdown of law and order in the region, in the magnitude that will render the recent protests by the Ijaw Youth Council {IJC} Worldwide as a child’s play if government fail to constitute a board in seven days.

The former militant leaders said in an open letter to President Buhari: “I have watched and observed with keen interest, the circumstances surrounding the constitution of the NDDC board for some time now. I would have continued to keep watching and observing, but for love of the region and the country.

“The continuous running of the Niger Delta Development Commission (NDDC) by a sole administrator at the instance of the minister of Niger Delta Affairs Senator Akpabio is undemocratic and anti-development, hence unacceptable to the people of the region. The people of the region are averse to a one man show in a commission that is supposed to attend to the developmental needs of nine states, namely, Abia, Akwa-Ibom, Bayelsa, Cross River, Delta, Edo, Imo, Ondo and Rivers. It will likely set the region on fire, sooner than later.

“The act establishing the commission provided among other things that it will be administered by a board comprising of a Chairman, Managing Director, Executive Directors and Commissioners, who will be drawn from the nine states that made up the region. However, this provision has been blatantly undermined by Senator Godswill Akpabio and his co-travellers in the Presidency. There is no provision for either interim management committee or sole administration in the act that establishes the NDDC. Common sense will tell you that the so called forensic audit that has been used by Senator Akpabio to strangle the commission could be best conducted with a substantive board that brings all representatives from the nine states and other parts of the country. As one from the region, Senator Akpabio’s initial mission to audit past activities of the commission was seen as welcome development, but later the people realised that it was a personal mission to feather the nest of his 2023 political ambition. Clearly, the present state of the commission is abnormal and could throw the relatively peaceful region in the country into chaos and acrimony.

“There is no way things will continue in this manner. I am surprised at the recent silence of highly placed persons from the region on this matter. Perhaps, Senator Akpabio is not alone on this NDDC abduction. This must be a product of high wired conspiracy among persons from the Presidency, National Assembly and Security Agencies to perpetually silence all well-meaning Nigerians in this strange deal. Senator Akpabio should know that it is time to end this barbaric act as it will be concertedly resisted in the days ahead.

“Senator Akpabio’s temporal reprieve from the Ijaw Youth Council (IYC) protest is a childs play compare to what is to come in a few days. He is about to be awakened to the rage of the Niger Delta region.

“It is against this background that I wish to call on Mr President, members of the National Assembly and Security Agencies to work towards the constitution of the substantive board of the NDDC within a few days to avert a total breakdown of law and order that will equally affect crude oil exploration and exploitation activities in the region. I hereby proclaim a seven days ultimatum starting the date of this publication to inaugurate the substantive board of the commission.”

For those who know Tompolo and his antecedents in militancy, a threat such as this clearly indicates that the region may again witness some chaos and acrimony in the days ahead.

The question however is, what is stopping President Buahri from inaugurating the board, whose members have already being screened by the National Assembly and approved? What hidden agenda is being pursued by Buhari and Godswill Akpabio, or whose interests are being protected by the president and his minister?

It is curious that government would allow a breakdown of law and order in the Niger Delta through its actions and inactions, especially with the current rate of insecurity in the country. Nigeria certainly cannot afford another round of unrest in the region; neither can the dwindling economy of the country withstand another disruption in the daily production of crude oil.

The time for President Buhari and his minister, Akpabio to act proactively is now! They must do the needful speedily so as to avert another round of hostilities that will further hurt the fragile peace in the country and also drive the economy to another round of recession.

Man Detained For Over One Month On Trumped-Up Charges, Narrates Experience

Aisha Buhari In Senate To Witness Laying Of Reports On Constitutional...