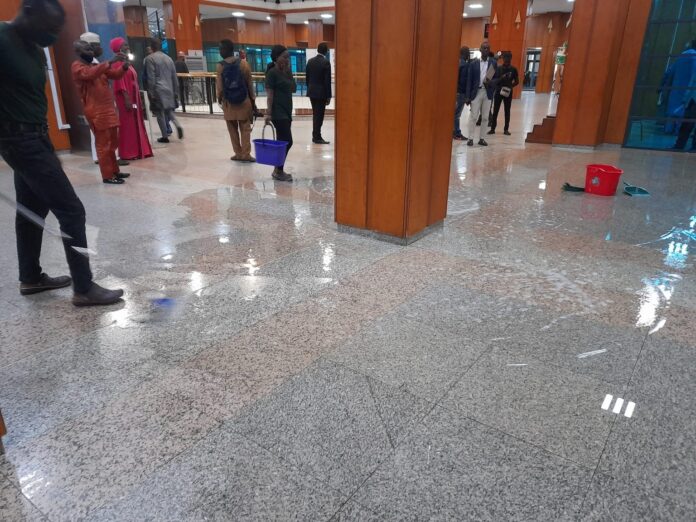 It was another display of national embarrassment for the nation on Tuesday when Senators resumed plenary in a water-logged chambers.

The chambers was said to have been flooded by water due to a leaking roof, despite the N37 billion budgeted for the maintenance of the National Assembly complex in the 2020 federal budget.

According to reports, both lawmakers and workers were taken aback on Tuesday over the source of water when the chamber was opened at 11 am.

This led to a mopping of the floors by the workers around the chambers in order to allow for the commencement of the plenary.

It would be recalled that many Nigerians were angered by the humongous sum budgeted for the maintenance of the complex, which those who defended it described as a national edifice.

Despite the hiccup, the Senate President Ahmad Lawan proceeded with the plenary session at 11am.

Stop It! Wike Asks Buhari To Stop Pushing His Responsibility To...