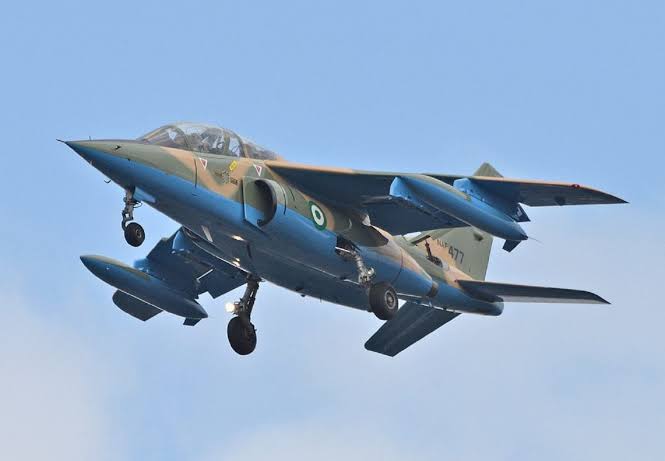 The Nigerian Air Force (NAF) has said that its aircraft in Operation ‘Hadin Kai’ (OPHK) have continued to pound insurgent targets on islands and localities around the Lake Chad.

This was disclosed by the Director of Public Relations and Information, NAF Headquarters, Air Commodore, Edward Gabkwet, in a statement issued on Saturday in Abuja.

“Credible intelligence was received on Oct. 20 that about 20 boats carrying suspected insurgents and ISWAP terrorists were converging for meetings on an island in Tumbuns on the Lake Chad as well as at Malam Fatori.

“Three NAF aircraft were consequently scrambled to carry out strikes on the targets.

“Reaching overhead the targets, the pilots observed a gathering of about 20 boats consisting of 5-7 suspected insurgents in each, using a mix of bombs and rockets.

“The three aircraft carried out series of strikes and recorded devastating hits on the targets leaving some survivors scrambling for their lives.

“The operations by the air component once again, confirm the high concentration of insurgent elements in the Lake Chad general area,’’ the NAF spokesman said.

He also assured that NAF would continue to work alongside the army, the Navy and other security agencies under OPHK to sustain its operations until the area was rid of insurgents.

Buhari Felicitate With Buni On Birthday, Says APC Is The Most Organised Political Platform

School Bus attacked By Gunmen In Ondo, One Abducted

End Of The Road – Poly Student, Five Others Nabbed For...