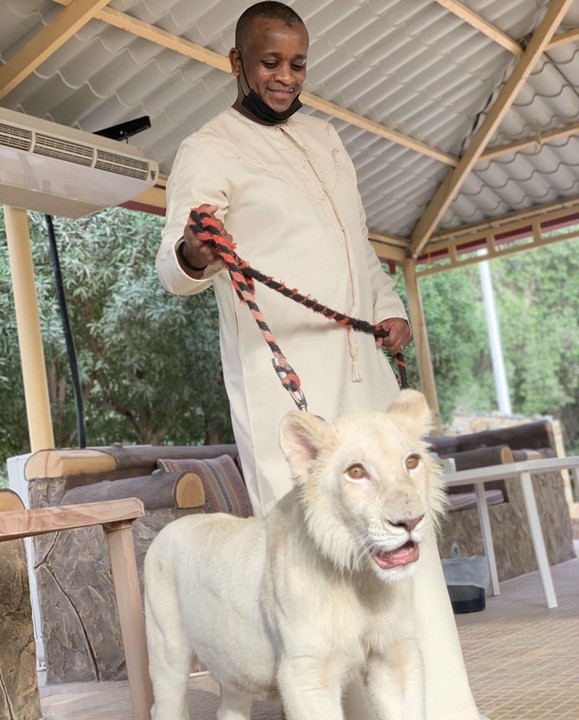 Nigerians on socia media have reacted angrily to Ahmed Indimi, the son in-law to President Muhammadu Buhari, posing with a rare white lion on social media with the caption “My new pet”.

Commenting on the post, @amma_licious said, “I really hope it’s a joke because these are endangered animals. Their population is diminishing due to poaching and such acts of keeping as pets”, while One Lilvicky68 on Nairaland forum said, “I wish the lion could take a lovely bite.”

Also on Nairaland, a member of the forum, Wallade, said: “In a sane country, Animal Control Authority or Animal Rights Group would evacuate the animal from his custody, with or without his consent. No one has the right to keep a wild and very dangerous animal like a lion as a pet. The animal belongs to the zoo or wild.”

However @sadedoyin1990, on Twitter was more brutal in her comment as she wrote in Pidgin English, saying, ” Nah the lion go kill ham las las.”

INEC To Decide On David Umahi’s Sack Next Week