Home Politricks N120b Subsidy Vs Actual Price Of PMS: What’s The Noise All About? 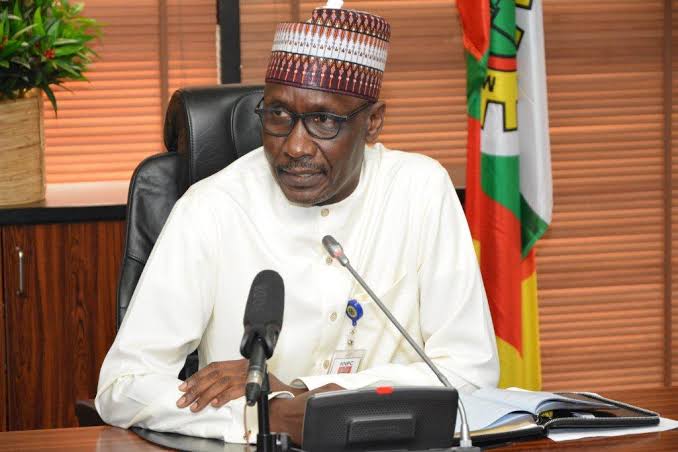 Nigerians have lately been assaulted with different statistics on how much the Federal Government pays as subsidy or how much the actual landing cost of Premium Motor Spirit (PMS), widely called petrol, should be or is.

The current talks about the cost of subsidy to the Federal Government and what the actual landing cost of petrol is, became more intense after the failed bid of government, through the Petroleum Products Pricing Regulatory Agency (PPPRA) to force another regime of pump price of the product on Nigerians.

NaijaNewsNow had reported the publication of a new price template on the website of the PPPRA, done apparently in the dead of the night, but was forced to pull it down after angry reactions from Nigerians. The template had put the pump price at between N209 and N212 per litre.

However, with the current way government officials have spoken about the N120 billion monthly subsidy government is said to be paying on petrol, the victory Nigerians supposedly got against the increase, may just be a temporal one, as an imminent ‘proper pricing’ may just be lurking around the corner.

The Group Managing Director of the Nigerian National Petroleum Corporation (NNPC), Mele Kyari gave an indication of what to expect on Thursday, when he said that the national oil company cannot continue to bear the subsidy regime and that Nigerians will have to pay the real cost of supplying the nation with the product, which he put at N234 per litre.

Kyari, while speaking at the weekly ministerial briefing at the Presidential Villa, Abuja, explained that the actual cost of importation and handling charges amounts to N234 per litre and that the government had been selling at N162 per litre, therefore bearing the difference.

Sounding clear and unapologetic, Kyari declared that the NNPC could no longer afford to bear the cost, saying Nigerians would have to pay the actual cost sooner or later. He also reechoed an old refrain, when he said that market forces must be allowed to determine the pump price of petrol in the country, in what is just another way of promoting full deregulation of the petroleum industry.

What has however remained contradictory is the claim, in another breath, that the Federal Government is not under any subsidy regime but only trying to exit what he called ‘under-price sale of PMS’.

He said: “Today, NNPC is the sole importer of PMS. We are importing at market price and we are selling at N162 per litre today.

“Looking at the current market situation today, the actual price could have been anywhere between N211 and around N234 per litre.

“The meaning of this is that consumers are not paying for the full value of the PMS that we are consuming and therefore, someone is bearing that cost.

“As we speak today, the difference is being carried on the books of the NNPC and I can confirm to you that the NNPC may no longer be in the position to carry that burden and because we can longer afford to carry it on our books.

“As we speak today, I will not say we are in subsidy regime but we are in a situation where we are trying to exit this under-price sale of PMS until we come to terms with the full value of the product in the market.

“PMS sells across our borders anywhere around N300 per litre and in some places up to N500 to N550 per litre.

“Our current consumption is evacuation from the depots about 60 million litres per day; we are selling at N162 to the litre, and the current market price is around N234, actual market price today.

The question, now, is why all these back and front? What all the noise about subsidy, under-price sale of petrol and all the rhetorics involved in Nigerians paying the actual cost of the product?

According to an industry expert, Tunde Sosina, the Federal Government is currently walking a familiar but discredited road, where citizens are bamboozled with several rhetorics and excuses for an action it knows it has already concluded on.

“What the Federal Government is doing at the moment is to fly a kite and gauge the reaction of the populace. Government is only testing the grounds to see how well received what is in the offing will be. It was the same thing that was done with the publication of a new pricing template by the PPPRA. Unfortunately, it boomerang, forcing them to withdraw the template. So to achieve their objectives, Nigerians continued to be inundated by talks of under-pricing and actual cost of the product”, he said.

Sosina however said that asking Nigerians to pay the actual price may not be the right thing to do as long as the nation keeps importing fuel and paying at international price when the product can actually be refined here in the country to serve Nigerians.

“Until the nation’s refineries start working and products refined and supplied locally, asking Nigerians to pay actual price may be killing the cockroach with a sledge hammer. That is why I support the move by government to revitalise the Port Harcourt Refinery, though I still have issues with the cost”, he said.

As it stands, it’s just a matter of time before Nigerians pay in excess of N200 for a litre of petrol with its attendant spiral effects on other commodities, especially transportation across board.

Atiku Is Eminently Qualified To Contest For The Presidency, Obaseki Says

Uphold Our Code Of Conduct! INEC Chairman Appeals To Staff On...