Home Scoop My Personal Capacity, Not PDP Is Responsible For My Outstanding Performance –... 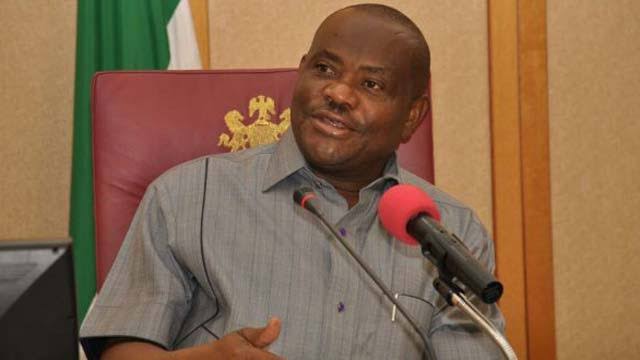 Rivers State Governor, Nyesom Wike on Tuesday said his outstanding performance in office that has been widely acknowledged is because of his personal capacity and passion to deliver enduring development to Rivers state people and not because he belongs to the Peoples Democratic Party (PDP).

Wike said this during Tuesday’s commissioning of dualised Ogbunuabali – Eastern Bypass Road project in Port Harcourt, boasting, “Take me away today from PDP to another party, I will still perform. So, it is not because I’m in PDP that I’m performing.”

He said: “Leadership is not about party. Leadership is about individual. Party is only a vehicle to actualise your ambition, to be able to tell your people I have this capacity, I have this quality to render services to you.

According to the governor, while his comtemporaries use economic hardship as excuse for failing in rendering purposeful leadership and service to their people, he said he found same situation a more rewarding leverage for sustain delivery of projects to Rivers people.

Wike, who condemned those he called misguided Rivers politicians for twisting his assertion on Monday that the state was fully under his grips, said: “Because some people went to school late, they don’t understand when somebody says I am in charge of this State.

Release Our Oga Or Get Ready For Continuous War! Gunmen Threaten...