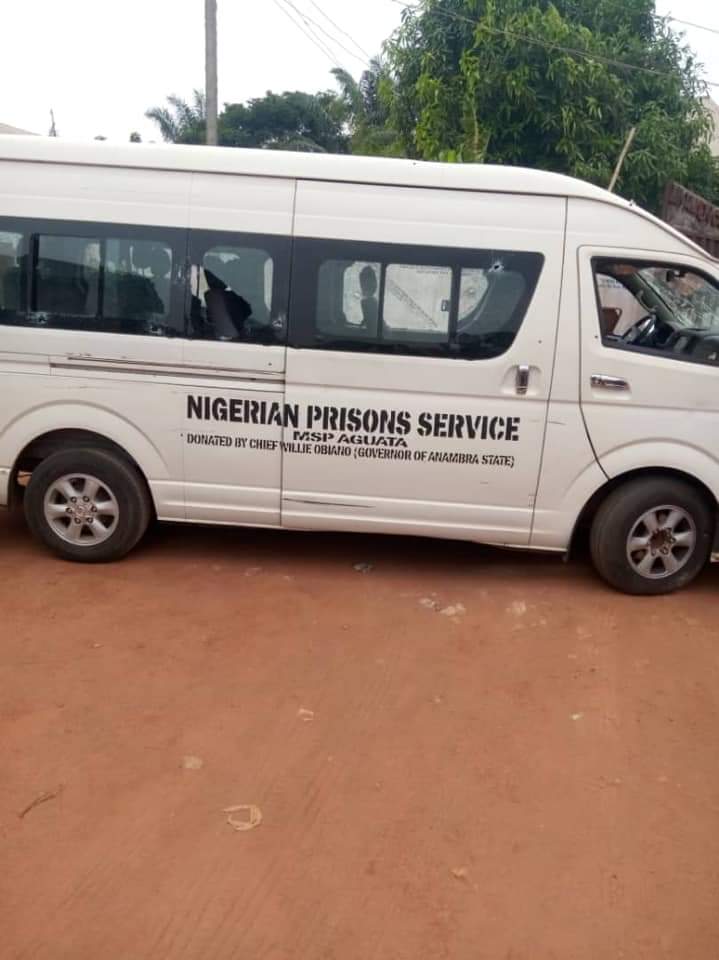 An officer of the Nigeria Correctional Service (NCS) and a yet to be identified person have been killed by gunmen who attacked a vehicle belonging to NCS and conveying suspects from the court in Anambra.

The attack on the NCS is coming barely 24 hours after yet to be identified gunmen attacked and killed three policemen and three Naval ratings in the state.

Confirming the attack, the spokesman of the NCS in the state, Francis Ekezie said: “Yet-to-be-identified gunmen attacked the court duty vehicle of the Nigerian Correctional Service, Anambra State at Nanka while conveying inmates back from court to the Aguata custodial centre. The attackers killed the corrections officer and whisked away the inmate being taken back to the custodial centre.

“The gun duel that lasted for about 10 minutes was reportedly perpetrated by suspected hoodlums in two vehicles, a Sienna bus and a Hilux pick-up that trailed the court duty vehicle from the court premises. Although the armed escort put up a gallant resistance, he was unfortunately overpowered by the hoodlums who came in their numbers with sophisticated weapons.

“The body of the fallen officer has been deposited in the mortuary awaiting further necessary action. The state Controller, Nwakeze Emmanuel, while expressing his deep shock over the incident, has advised the public and indeed officers and men of the command to remain calm as investigations have commenced with the collaboration of other security agencies.’’

The Show Must Go On! Deji Adeyanju Insists His Group Will Proceed With June...

Don’t Allow Yourself To Be Killed By Idiots’, Uzodinma Tells Policemen