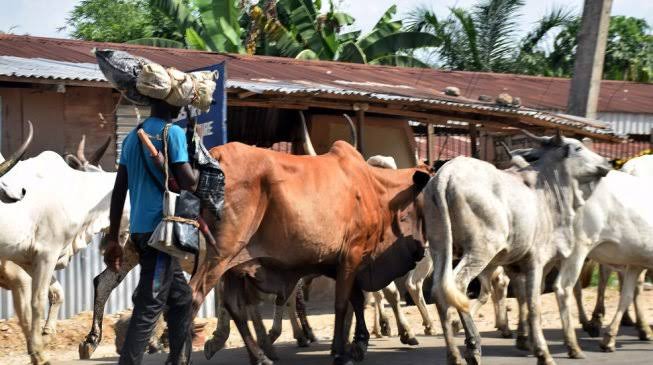 The Miyetti Allah Cattle Breeders’ Association of Nigeria (MACBAN), has called on all Fulani herdsmen in the southern part of the country to leave the region.

MACBAN, which also accused President Muhammadu Buhari of being a mere figure, was reacting to the ban on open grazing by governors of the 17 states in the South of Nigeria.

The Fulani group made the call in a statement signed by Chairman of the Bauchi State chapter of MACBAN, Sadiq Ibrahim Ahmed, urgung herders operating in the South to urgently leave the as “the governors of the 17 states that make up the region are bent on frustrating their business as well as turn the people against herders.”

The statement read: “This is a simple calculation. We are heading for secession. The rulers are no longer interested in the people. If some people are banned from open grazing, there is nothing more. Fulani people should move out from there. It is very simple.

“Must we transport the cattle there? I have said it before. We have an option of breeding our cattle here (North). We are peace lovers. Let them come and buy from us. It is some people’s fault.

“The Southern governors can do that. There is no problem, let them do what they want. If the Northern governors feel like, they can ban open grazing. We don’t care.

“The President is there as a figurehead. He doesn’t know what he’s doing. He is not controlling anybody. In our country now, everyone does what he feels like. The country is already moving apart. Where is the central government, if some governors can meet and take decisions that are against the Constitution?

“We also call on the President to step aside or for Nigerians to put heads together and elect a credible president in 2023, a leader with focus and competence. Nigeria should get a leader with a good example, who is ready to sacrifice his life for his subjects.”

PDP Will Run 2023 General Elections As A United Family – Okowa

World Bank Blames FG For Failure To Curb Inflation In 2021, As Additional Eight...

You Are A Weak Leader, HURIWA Attacks Gov Lalong Over Plateau Killings

We have Instructed Our People Not To Vote For Obi, He Represents Biafran Interest...