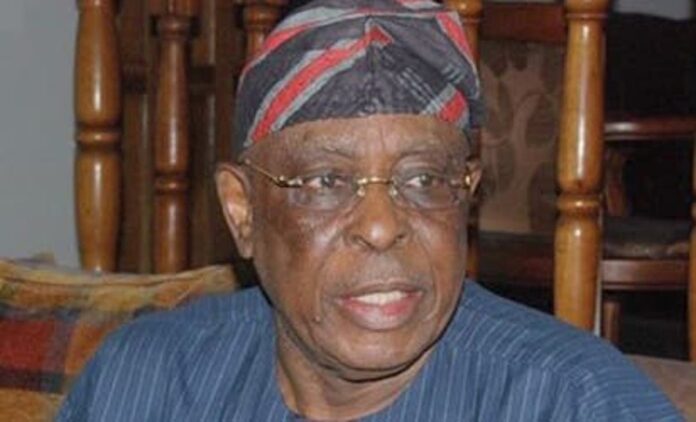 Osoba, a chieftain of the APC spoke as a guest on Arise TV’s ‘The Morning Show’ programme on Wednesday while reacting to statements made by Shehu faulting open grazing ban by Southern Governors.

While lamenting that members of the APC are not speaking with one voice on the herders’ crisis in the country, said: “We the elders of the party are talking to ourselves already. A situation where we in the same government, in the same party, are singing discordant tunes is not helpful at all, we are not helping this country.

“The governors are members of the APC and Garba Shehu was a former President of the Nigerian Guild of Editors, a well-grounded professional. I will counsel that he has to come back to this profession and weigh his words and be careful in terms of interventions. We are one government but we are the ones acting as opposition to ourselves.

“In the first place, Federal Government has no inch of land in Nigeria other than the Federal Capital Territory. The constitution vested the Land Use Decree in the governors and the governors are saying we are in control of our area. They must listen to the feelings of their people.

“In a federation, what is good for us here might not be good for others.”

Tonto Dike Tells Friends Not To Send Her Condolences Or Money Over Her Stepmother’s...

2023 Presidency: Moghalu Slams Buhari’s Ministers For Failing To Resign In...