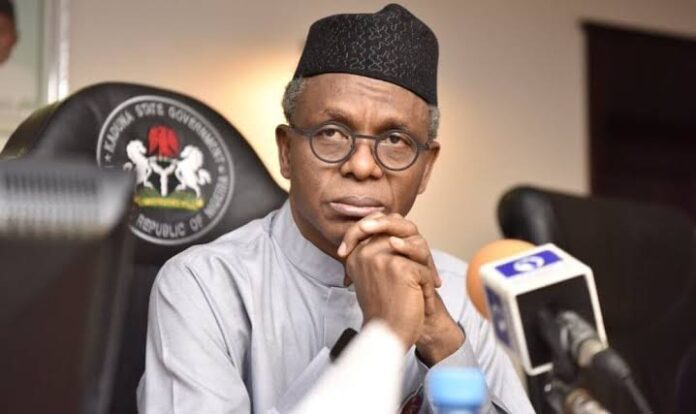 Worried by persistent killings and kidnapping in the country, especially in Kaduna State, the Middle Belt Forum (MBF) has called on President Muhammadu Buhari to declare a state of emergency in the North-West state of Kaduna.

“Arising from the glaring failures by Governor el-Rufai to protect lives and property, the MBF is calling on President Muhammadu Buhari to declare a state of emergency on Kaduna State as the governor has shown gross incapacity to maintain peace. We call on security forces to create necessary synergies with attacked communities through the establishment of local vigilante groups to track down these criminals that have declared war on our people,” the MBF said.

The forum made the call in a statement by its National President, Dr. Pogu Bitrus, adding that the most disturbing was the recent abduction of over 120 students of Bethel Baptist High School in Damishi that is located in the outskirts of Kaduna and the attitude of el-Rufai towards tackling the security challenges confronting the state.

“Most disturbing is the recent abduction of over 120 students of Bethel Baptist High School in Damishi that is located in the outskirts of Kaduna. These minors are still being held captive in the forest with no food, shelter or medication.

“This new wave of attacking schools by the bandits appeared to be in the agenda of Boko Haram and is aimed at frustrating the education of future generations upon whose shoulders lie the future greatness of our nation.

“The most worrisome is the attitude of Governor Nasir Ahmad el-Rufai towards tackling the security challenges confronting the state. While he has refused to negotiate with kidnappers, he has also not done anything to secure these weak communities against further attacks on vulnerable communities.

“More than anytime, Governor el-Rufai has continued to provoke bandits through unguarded utterances that have further enraged them to unleash more terror attacks on various communities.

“Communities across various local government areas in the state have come under unending severe attacks resulting in gruesome massacres, raping of women, destruction of property, incessant kidnappings made worse by huge payments of ransom to secure release of abducted persons and displacement of thousands of people out of their homelands

“More worrisome is the fact that attacks by these killer herdsmen and Fulani kidnappers on defenceless communities have led to massive displacement of people from their ancestral lands, thereby creating a catastrophic humanitarian crisis situation and rendering farmers unable to access their farmlands for agricultural activities.

“Current attacks on schools have also led to the withdrawal of pupils and students from schools or outright closure of such schools. The negative consequences of these on education and food security can only be imagined.

“On the other hand, kidnappers have taken over all the routes linking Kaduna State to other parts of the country where they have continued to unleash terror on road users. These criminals are not only engaged in abducting farmers from their farmlands, but have also resorted to breaking homes at night to abduct people. Sometimes, members of an entire family are kidnapped and herded into the forest where relatives of victims are forced to pay unimaginable amounts of money in ransom”, the group said further.

American Sex Worker Calls Out Davido For Failing To Pay For...