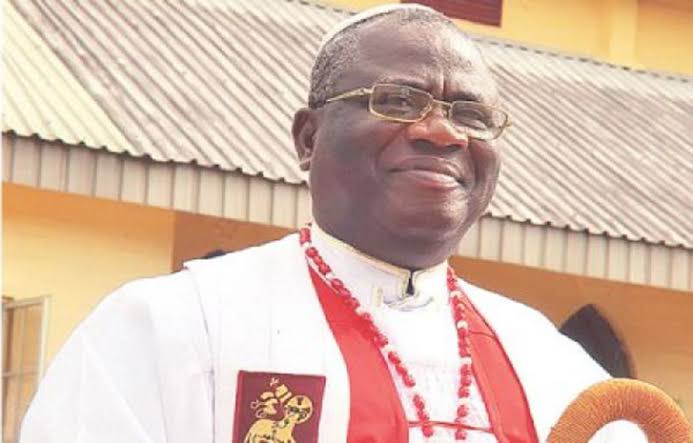 The Prelate of the Methodist Church Nigeria, Dr. Samuel Uche, has described the administration of President Muhammadu Buhari as a Fulani government, insisting that Nigeria does not have a federal government.

According to him, the Nigerian goverment has degenerated to that of a Fulani donination following the lukewarm attitude of the President Muhammadu Buhari-led administration.

The Methodist Prelate stated this on Tuesday at a media briefing on the state of the nation organised by the church’s 38th Council of Bishops held at the church’s headquarters, Wesley House, Marina, Lagos.

Speaking further, Kalu said the backing the Federal Government gave to the embattled Minister of Communication and Digital Economy, Isa Pantami, following a public outcry over his alleged support for global terror groups, Al-Qaeda and the Taliban, showed that the government is only sympathetic to people of the Fulani stock.

He also queried Pantami’s continued stay in office in spite of his alleged romance and dalliance with some notable terrorist organisations, adding that the uneven handling of Pantami’s issue by the Buhari regime is an indication of a hidden ethnic supremacy agenda.

“Go and look at our security agencies, oil industry, Nigerian Ports Authority; all Fulani. Why? Are they the only people in Nigeria? There is a hidden agenda.”

Celebrating Theophilus Ayoola Bankole through 60 years of Ayo Bankole jr. via Symposia and...

Osun Guber: IPAC Counsels Parties Against Use Of Hoodlums, Inducement Of...

COVID-19: FG Says There Is No Reason For Lockdown At The...