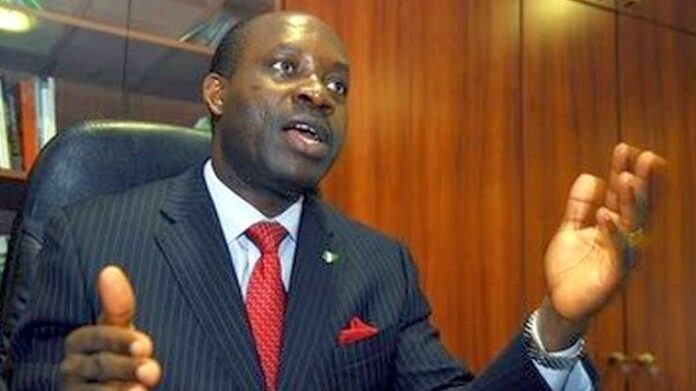 A former Governor of the Central Bank of Nigeria (CBN), Professor Charles Soludo may have to contend with another obstacle in his bid to become the governor of his State, Anambra, as an Abuja Upper Area Court, sitting in Zuba, has issued a criminal summons against him, brought before it by one Oliver Bitrus.

Soludo is a factional candidate of the All Progressives Grand Alliance (APGA) for the Anambra State governorship election.

Bitrus alleges that Soludo committed “serial abuse of office and breach of the Code of Conduct for Public Officers while he held office as the Governor of the Central Bank of Nigeria between May 29, 2004, to May 29, 2009.

Bitrus alleged that “Between the period the defendant held office as a Public Officer he flagrantly breached the Code of Conduct for Public Officer by buying or acquiring interest in a property known and described as No. 50 Brondesbury Park, London, NW6 7AT, United Kingdom.”

He further alleged that Soludo acquired the property using a proxy known as Universal Energy Company Limited and that the purchase price £2,150,000 was paid in a single tranche on October 20, 2006 which was not fairly attributable to his income as the Governor of CBN at the material time.

Osun Civil Servants Gets Official Uniform As Oyetola Directs Them To Wear ‘Adire’ Every...

Furious PDP threatens To Expose Obasanjo Over Comment On Atiku