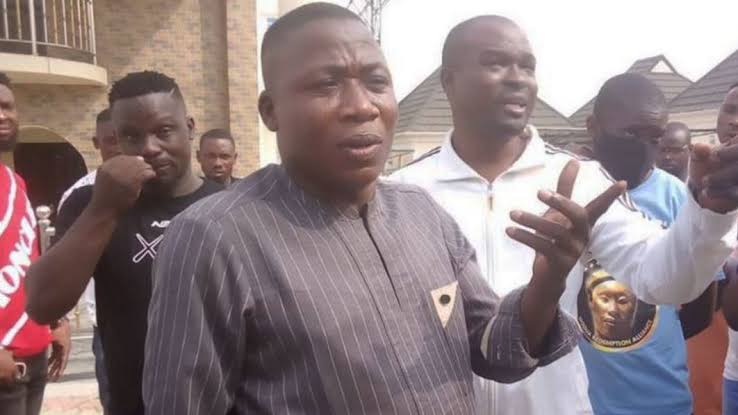 The media aide to Chief Sunday Adeyemo, popularly known as Sunday Igboho, Olayomi Koiki has alleged that gunmen believed to be soldiers invaded the Soka, Ibadan residence of the Yoruba activist in the early hours of Monday.

He also alleged that there were sporadic shootings around the residence as the gunmen stormed the area.

In a viral video shared on the Facebook, Koiki claimed that the residence was besieged by men of the Nigeria Army with the aim of arresting the activist.

“The war that the Federal Government think they are expecting from the Yoruba people; let’s tell the whole world. As I speak to you, there is an ongoing incident but we are more than capable.

“We cannot be caught unguarded. You cannot threaten us. Chief Sunday Igboho is fine.”

It would be recalled that an attempt by a combined team of security agencies to arrest Igboho in February at the Toll Gate located at the Ibadan end of the Lagos-Ibadan Expressway, was foiled by Igboho and his supporters.

Kwankwaso Drums Support For The ‘Third Force’, Says PDP, APC Have Nothing New To...

Retired Civil Servant, Whose Daughters Have Been In Kidnappers Den For...