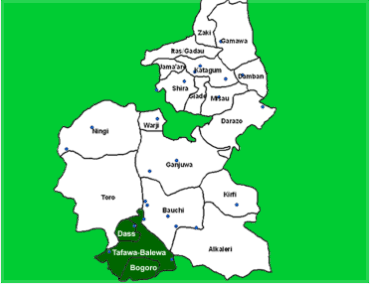 The police in Bauchi State has arrested middle-aged man for allegedly killing his girlfriend and their baby and dumped their corpses in a sewage.

This was disclosed by Ahmed Wakil, the Police Public Relations Officer of the Bauchi State Police Command on Friday.

According to Wakil, the suspect conspired with his friend to abort the girlfriend’s pregnancy which led to an induced labour, leading to the death of his lover and her baby.

He said: “On April 7, 2021, about 12pm, one Saidu Iliyasu came to Jama’are Divisional Headquarters and reported that on April 5, 2021, his daughter, one Jamila Saidu (35) was declared missing.

“A search party was organised but to no avail, until on April 8, 2021 around 10.30am when her decomposed body was discovered with a newborn in sewage at her boyfriend’s house identified as Lamido Gunduma, at Unguwar Yari-Mari, Jamaare.

“During preliminary investigation, it was discovered that the above suspect criminally conspired with one Ishaq Abdullahi to abort her pregnancy which culminated in induced labour. This resulted in the death of the victim and the newborn baby. The suspect then deposited the corpses in the sewage system within his compound and fled to Kwadon in Gombe State where he was arrested. He has been charged accordingly.”

Why Baba Ijesha Is Still In Our Custody – Lagos CP,...