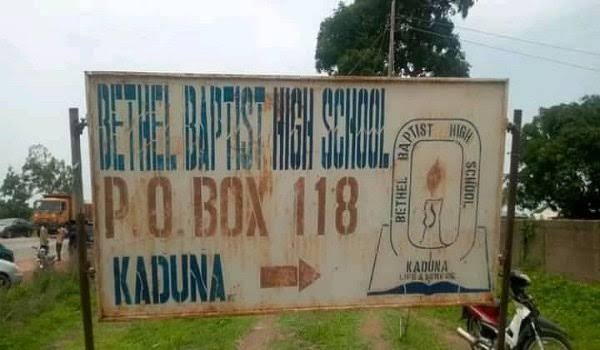 Bandits, who abducted 121 students of the Bethel Baptist School, Damishi, Kaduna, have released 28 of the students, after their parents reportedly paid N500,000 per head as demanded by the bandits

The news of their release was confirmed by the Kaduna State Chairman of the Christian Association of Nigeria (CAN), Rev. Joseph Hayab, who said they were released after 20 days in captivity.

Hayab, who made the confirmation on Sunday in a brief statement, said the students were released in the early hours of the day and they have been taken to different medical facilities for examination and treatment.

Hayab said: “Yes, I can confirm that 28 of the abducted students of the Bethel Baptist High School, Damishi, Kaduna State, have been released by the bandits who abducted them on July 5.

“Recall that 121 students were initially kidnapped but over the course of time, we were able to secure the release of a few of them.

‘We are still hopeful that the rest will be rescued very soon. We are all in prayers for God to intervene in this very difficult moment.”

However, a source quoted by Ripples Nigeria, claimed that those released were those whose parents have been able to pay the N500,000 per head demanded by the bandits.

The source said: “Yes, I can confirm that 28 of the students kidnapped from the Bethel High School have been released. They were released earlier today.

“I know one of the parents and he told me the released students were the ones whose parents were able to pay the N500,000 ransom.

“I will be going to see the boy who has been taken to a hospital and I will keep you posted on the developments.”

It will be recalled that three of the abducted students have earlier been rescued by security agencies after they escaped from their abductors.

Caught In The Act! 13 Suspected Internet Fraudsters in EFCC Net