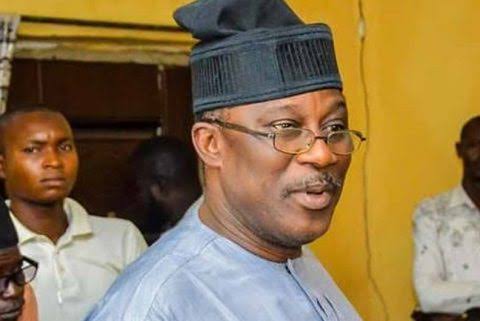 Members of the National Assembly from Kogi State, on Friday said they have not given thought to the idea of taking the Oxford/Astrazeneca COVID-19 vaccine, currently being administered in the country.

The leader of the Kogi State contingent in NASS, Senator Smart Adeyemi gave the hint when he spoke to journalists at the Assembly complex on behalf of his colleagues on Friday, saying they are solidly behind the stance of the state Governor, Yahaya Bello.

It would be recalled that Governor Bello had at various times cast doubts on the reality of the existence of COVID-19, describing it political and economic.

Adeyemi, who is also the Vice Chairman of the Northern Senators Forum, said the only consideration that could make them go for the vaccination would be to prevent them from infecting their constituents in the state in the event that they travelled home.

He said: “The Kogi State legislators in the National Assembly have not thought of taking the vaccines yet, but if ever we will take it at all, it is because we are in Abuja where there is COVID-19 but there is no COVID in our state.”

The Senator also has a word of caution for people calling for the head of Governor Bello for claiming the pandemic is not in his state.

“I don’t know the magic in Kogi State because the coronavirus is not killing our people. If it is leading to deaths in the state, I would be the first person to cry out and disagree with our governor but our people are not dying and they are not falling ill.

“I agree with our governor that there is no COVID-19 in Kogi State. If the disease is there, people would have been dying. It appears COVID-19 is afraid of the Kogi people. To a large extent, we are convinced that our governor knows what he is doing and saying.

“We cannot be killing our people just to justify that the disease is real. We are not just saying yes to our governor but we are also saying yes to him because nobody has died of the disease.

“We cannot disagree with our governor. How do we disagree with a man who maintains a position and stands by it and you don’t have any contrary fact to fault him? Our people are not dying and we should not be hypocritical about it.

“Governor Bello is a highly courageous person. He takes a position the moment he knows what he is doing is in the best interest of the people. If our people are dying, we would have spoken against it,” Adeyemi said.

Though Senator Adeyemi claimed to have spoken on behalf of his colleagues, it is yet to be known if what he said is actually the true position of his colleagues. If it is the consensus of all the national lawmakers from Kogi, then the state may have more problems than envisaged.

To many Nigerians, especially elites from Kogi State, who have viewed Governor Bello’s stand on the pandemic as an aberration capable of misinforming Nigerians, the latest revelation from the Senator, a former President of the Nigeria Union of Journalists (NUJ), is disheartening and unfortunate. It would have been expected of Adeyemi, and his colleagues, some of who are thought to be more experienced and knowledgeable in how utterances by leaders can have negative impact on the populace, to be more circumspect.

As it stands, the good people of Kogi State may continue to live in denial of the COVID-19 pandemic while also exposing them to greater risk.

Tough Measure! Mattawale Orders Security Agents To Shot Anyone Riding Motorcycles In State Capital Between 8pm to 6am