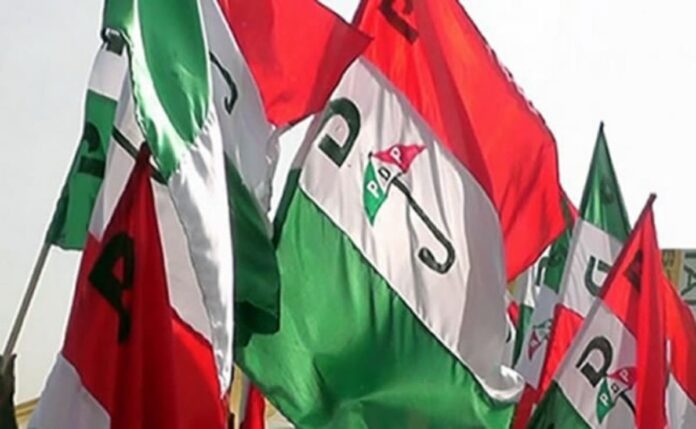 The next National Chairman of the opposition Peoples Democratic Party (PDP) may come from the South-West geopolitical zone, for the first time since the formation of the party.

This was contained in a leaked working document of the 44-member National Convention Committee on Zoning headed by Enugu State Governor, Ifeanyi Ugwuanyi.

The committee recommended the position of secretary for the North in the document was sighted by our correspondent on Wednesday.

According to the document, the main consideration is that the zone has not produced the party’s national chairman since inception.

The committee, which will be meeting today (Thursday), took into consideration the past distribution pattern of the geopolitical zones that produced chairmen and came to the conclusion that the South-West deserved to get the slot.

Also considered was the fact that before the emergence of Uche Secondus as the national chairman, no fewer than 12 members from the South-West aspired to lead the party before it was taken to the South-South.

The North-West produced two – Dr Haliru Bello and Senator Ahmed Makarfi; the South East produced two – Vincent Ogbulafor and Okwesilieze Nwodo; while the South-South produced Secondus both as acting and as substantive chairman.

“It is now clearly seen that the national chairmanship position has stayed long in the North, and particularly dominant in the North-Central. The South-West had never been given the opportunity.

“In actual fact, it is was an issue generally acknowledged that the national chairmanship was aspired by no fewer than 12 aspirants from South-West before the twist that took it to the South-South,” the leaked document read.

I Have Not Declared Interest In 2023 Presidential Election – Osinbajo

Home Of Fraud! EFCC Says Lekki Is The Hotbed Of Cybercrime

You Can Agitate But We’ll Crush Any Resort To Violence, CDS...