Home Scoop Lawyers Down Tools In Anambra Over Insecurity 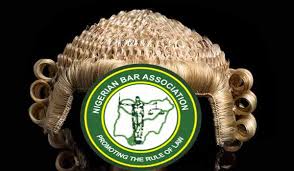 Lawyers in Anambra State have declared a three-day strike, starting from Monday, over insecurity in the state, after a member of the state chapter of the Nigeria Bar Association {NBA}, Frank Onwuachi, was kidnapped and killed.

It would be recalled that about six policemen, three Naval ratings, a prison warder and others have been killed by suspected hoodlums in the state in the last 48 hours.

“Just last week Friday, a Lawyer, Frank Onwuachi, who is also the President General of Omor in Ayamelum Local Government Area of Anambra State was kidnapped along Ezu River/Anaku road and gruesomely murdered the following day by his captors.

“That all lawyers in Anambra State should converge on the Judiciary Headquarters, Awka on Monday, by 12 noon for onward movement to the Government House, Awka to express our dissatisfaction with the current security situation in Anambra State.”