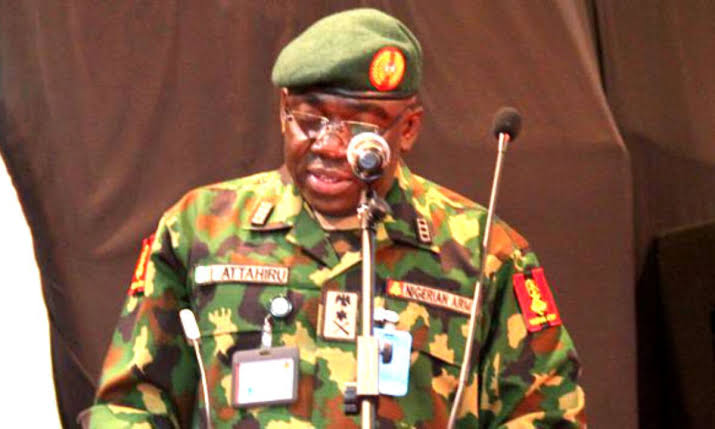 The late Chief of Army State Lieutenant General Ibrahim Attahiru, and six other senior military officers who died in the Beachcraft 350 aircraft that crashed at the Kaduna International Airport on Friday, will be buried today in Abuja at 1pm.

An invitation released by the Director, Army Public Relations, Brigadier General Mohammed Yerima, indicated that they will be buried at the National Military Cemetery in Abuja.

Yerima also added that the burial will be preceded by prayers that will hold simultaneously at the National Mosque and National Christian Centre, Abuja.

The invitation read: “The burial proceedings of the Chief of Army Staff, Late Lieutenant General Ibrahim Attahiru and six other senior officers who lost their lives in an air mishap in Kaduna is slated for today Saturday, May 22, 221.

“It will commence at the National Mosque and National Christian Centre, Abuja by 1000hrs respectively.

“Consequently, the internment for the late COAS and six other senior officers will take place at the National Military Cemetery, Abuja today by 1300hrs.”

Again, Umahi Defends IPOB, Says It Is Not Behind Attacks In...