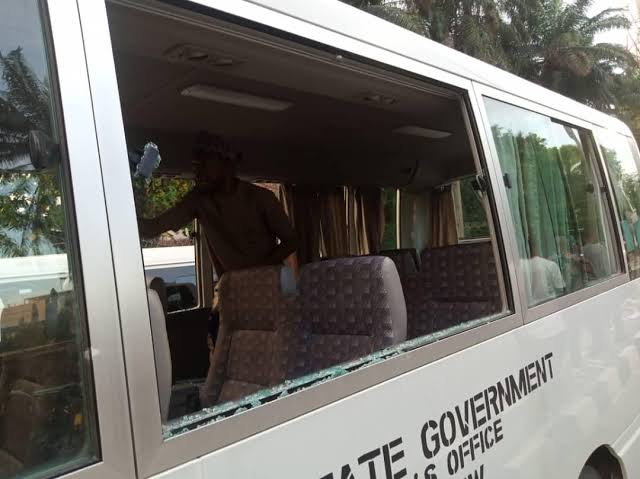 The Lagos State Council of the Nigeria Union of Journalists (NUJ) has condemned in totality the reported attack on journalists by some hoodlums and criminal elements in the state on Sunday.

Naijanewsnow had reported that journalists covering the Lagos State Governor’s Office were attacked on their way from the Palace of Oba of Lagos, Oba Rilwanu Akiolu, who received Asiwaju Bola Ahmed Tinubu, the presidential candidate of the All Progressives Congress (APC) at his palace in Lagos Island on Sunday.

Two journalists were injured in the attack, while the vehicle conveying them was vandalised.

The Lagos State NUJ, while reacting to the incident in a statement on Monday by its Chairman, Adeleye Ajayi, frowned at the attack, describing it as “dastard, barbaric, wicked and the height of lawlessness”.

The statement read in part: “We, therefore, call on the security operatives in the state to fish out the perpetrators of the attack and bring them to book in order to serve as deterrent to others.

“Journalists in Lagos State will continue to discharge their constitutional duties as enshrined in the 1999 Constitution of the Federal Republic of Nigeria as amended, unhindered in whatever way.

“We, therefore, urge our distinguished colleagues to be calm, law-abiding and go about the discharge of their duties professionally, without any fear, as the NUJ will continue to engage all relevant stakeholders to prevent a recurrence.”

Police Begins Manhunt For Gunmen who Abducted Former Lawmaker, Others In Abuja

Ohanaeze Ndigbo Calls For The Release Of Nnamdi Kanu, Other Igbo...